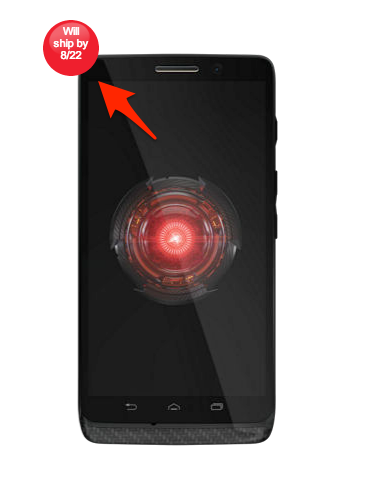 When announced, Verizon placed a launch date of August 29 on the DROID Mini, a solid week+ after the release of the ULTRA and MAXX, which were released yesterday. Today, Big Red’s landing page for the Mini shows a shipping date of August 22, which is tomorrow. There has been no word from Verizon on why the launch got an unexpected push up, but you won’t hear anyone complaining.

Now, just because it is shipping by 8/22, doesn’t necessarily mean we will see it in stores tomorrow. According to those familiar, the device could be sold inside retail stores on August 25, just a few days away.

Good news? Are your eyes set on the Mini?