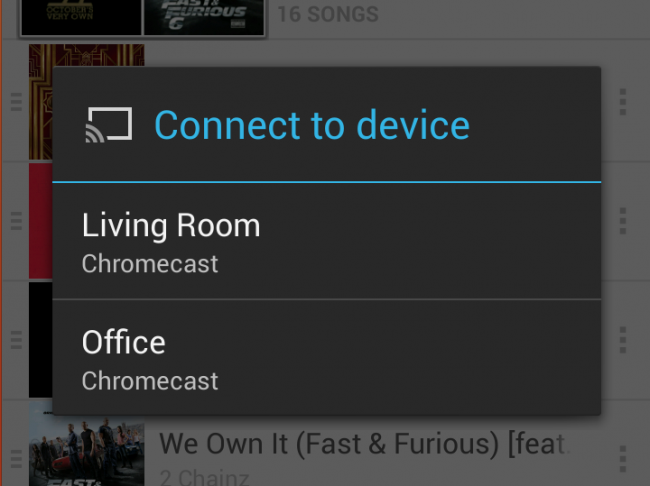 Google’s Chromecast is still sold out from just about every retailer across the country. Some will let you place an order for the $35 HDMI dongle, but you may not see it for weeks or even months in some cases. Enter CheapCast as your new alternative. You can get Chromecast-like service through Android devices you already own, for free.

CheapCast is installed on the device you would like to act as your Chromecast. In other words, if you have another Android HDMI dongle or a phone with HDMI-out that can be hooked up to a TV, you would install CheapCast there. Once installed and given a name through the simple app UI, your device is now able to be casted to. Fire up YouTube or Google Music on your other Android device and you should see the cast icon with your CheapCast device listed as an option to cast to.

Again, CheapCast allows you to take any other Android device that has HDMI-out capabilities, and cast to them. In theory, you could just cast to another Android device, like say a tablet, but that doesn’t seem to make that much sense.

Make sense? Watch the video and I think you’ll get it.

The app is most definitely a “beta,” so don’t be surprised if you run into bugs from time to time. The developer appears to be actively working on it though. Keep an eye on this one.