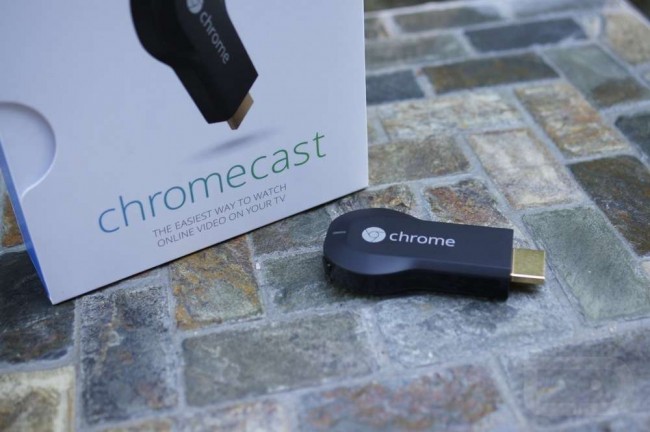 Is it safe to say that Chromecast is the talk of the tech world since its unveiling, yesterday at Google’s breakfast with Chrome boss Sundar Pichai? We’ve already seen it sell out through Google Play, Amazon, and Best Buy (online), and have had more emails in our inbox about it than any other product announcement in recent memory. At $35, I can’t exactly say that I’m surprised, though.

So today, we’re taking an in-depth look (12-minute video overview) at Google’s new HDMI dongle that streams video, music and Chrome browser tabs to TVs from phones, tablets, and computers. You’ll hear me say in a number of times in the video below, but after spending 5 minutes with Chromecast, it’s painfully obvious that this is the new Nexus Q. The functionality here is identical to what Google originally showed off on the Q, except Chromecast costs $35 and the failed Q ran $299.

It’s a fairly simple device, both in functionality and setup. But probably most importantly, it’s one of those devices that hides in the background, yet is always available should you need it. And since it works with both Android and iOS devices, you are bound to have something lying around that can take advantage of it. Assuming of course, that you have a need for streaming content from a smaller screen to a bigger one.

Enjoy the video. Feel free to drop any questions in the comments! 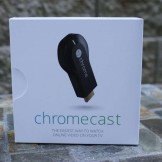 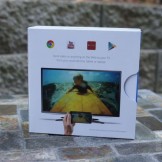 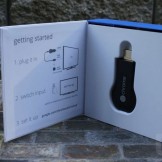 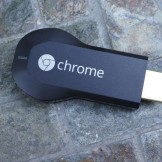 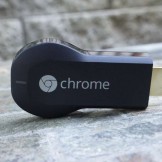 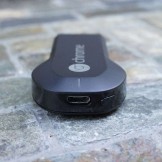 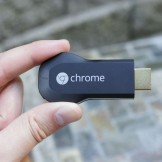 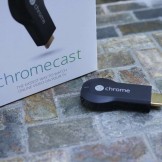 After posting this initial video, we had a bunch of important questions in the comments that needed to be answered, so I’m doing that through this section. Also, since most of you wanted to know how streaming sites like Hulu, ABC, and NBC worked, we filmed another quick video with them in action. Oh, Netflix is in there too. 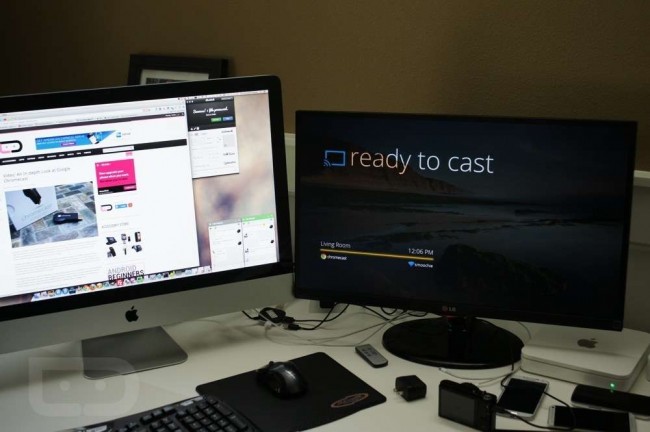 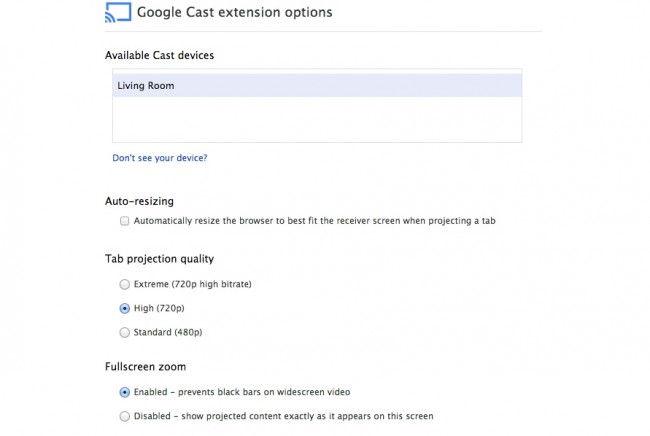 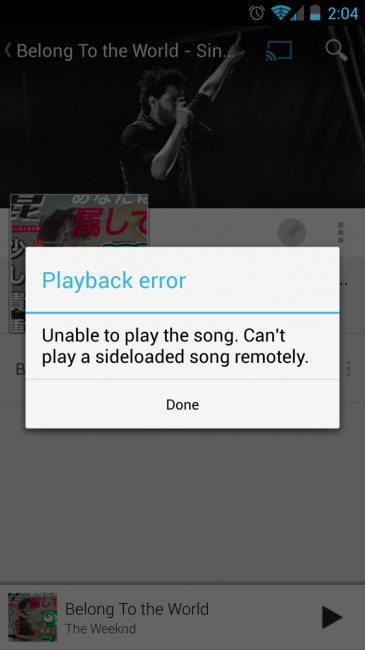