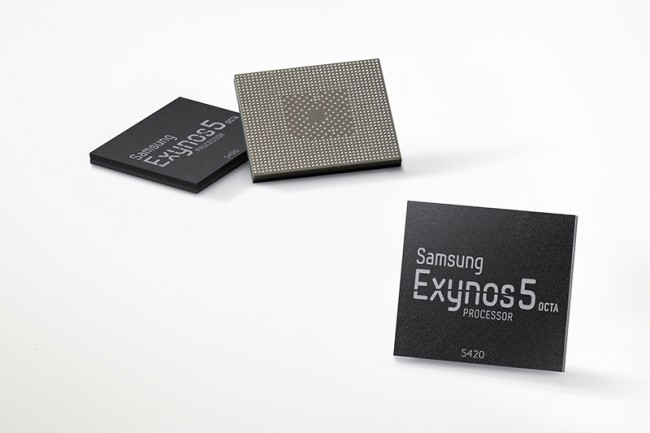 Samsung made their new Exynos 5 Octa mobile processor official last night as the 5420. The new chipset is still an eight-core ARM Cortex-based processor, though this time they swapped out the PowerVR SGX 544MP3 GPU for an ARM-based Mali-T628, which Samsung claims produces “two times greater” graphics performance over the previous Octa (5410).

The new Exynos 5 Octa is currently sampling and will be ready for mass production in August. Galaxy Note 3, anyone? 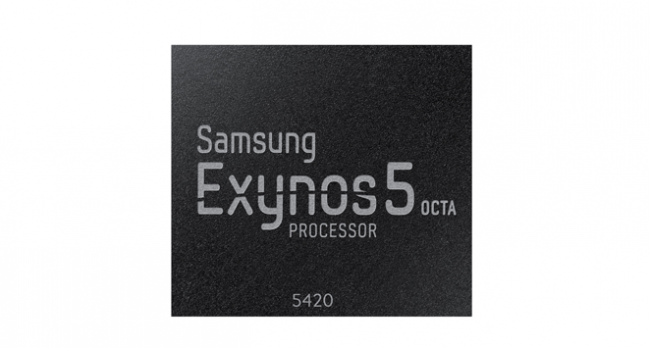 The newest Exynos processor is powered by four ARM Cortex(R)-A15(TM) processors at 1.8GHz with four additional Cortex-A7(TM)cores at 1.3 GHz in a big.LITTLE processing implementation. This improves the CPU processing capability by 20 percent over the predecessor by optimizing the power-saving design.

In addition, the multiple image compression (MIC) IP block inside this System-on-Chip successfully lowers the total system power when bringing pictures or multimedia from memory to display panel. This feature results in maximizing the usage hours of mobile devices with a high-resolution display such as WQXGA (2500×1600), in particular when browsing the web or doing multimedia application requiring the frequent screen refresh.

The new family of Exynos 5 Octa is currently sampling to customers and is scheduled for mass-production in August.