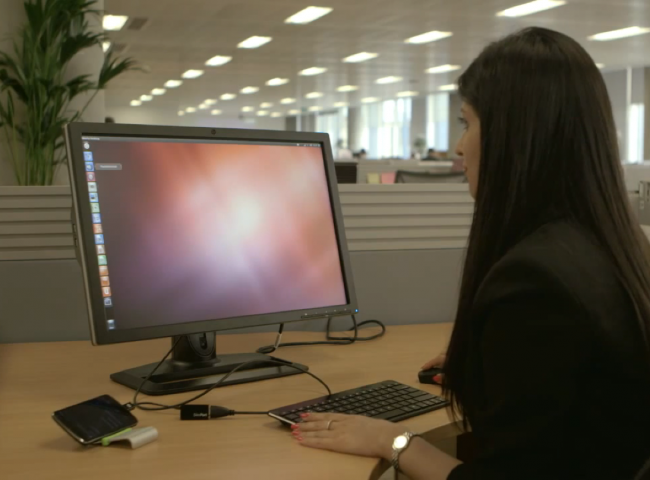 The highly anticipated Ubuntu mobile device that we have seen teased by Canonical has taken to Indiegogo looking for funding. Much like Kickstarter, Indigogo helps people crowdfund projects by taking donations in return for different promises from the developer. In their post, the Ubuntu Edge group lays out the problems of developing a new device – most importantly, the fact that manufacturers don’t want to take a chance on a new product that they can’t trust will actually sell. So Canonical is coming to you and asking for help. $32 million worth of help.

Canonical doesn’t have a definitive list of specs for the device yet because they are still looking for the best pieces to put together in this device, but they have promised that it will be a 4.5″ device with “the fastest multicore processor” and will feature 4GB of RAM and 128GB of storage. The phone will be made from a single piece of machined metal and the screen will be made of sapphire crystal to make sure it won’t crack. And of course it will boot Android as well as Ubuntu’s new gesture-based OS.

This is where Indiegogo comes in. Canonical says they aren’t in the business to start making phones, rather they want to make the “ultimate device, the catalyst for innovation” for mobile phones. They are looking to raise $32 million, the biggest crowdfunding project to-date in only 30 days. $20 is the starting donation level, but for today only if you donate $600, you can get an Edge for yourself. The prices go higher up from there.

Canonical said that if this project goes well they hope to do this annually, bringing together the best pieces of a smartphone and putting them together for the “true enthusiasts.” Are you interested at all in the Ubuntu Edge?