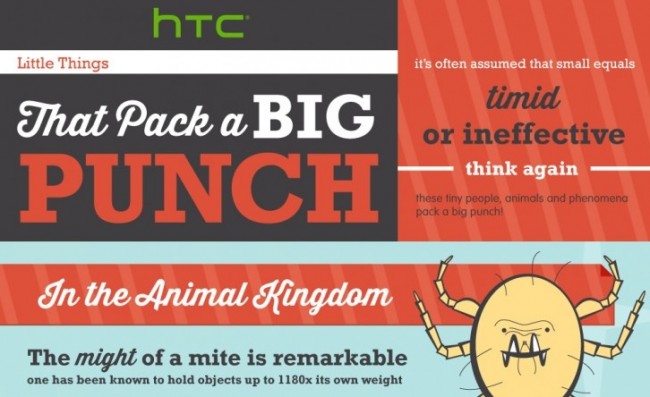 This morning, HTC posted an infographic of “little things that pack a big punch” to their official blog, which the internet has now decided is a confirmed teaser for the soon-to-be-introduced HTC One Mini. It certainly could be a teaser, if HTC is into that sort of thing. The post does mention that they packed all sorts of technology into the “svelte” package that was the HTC One, and after hearing rave reviews from critics, would like to bring the experience to as many people as possible. They then end the post with a line of “In that spirit, here’s an homage to little things that back a big punch.”

So you tell us if this is a teaser or not. Then, jump through the inforgraphic to catch a Tyrion Lanaster highlight, learn the budget of Paranormal Activity, and who the hottest chili pepper is.