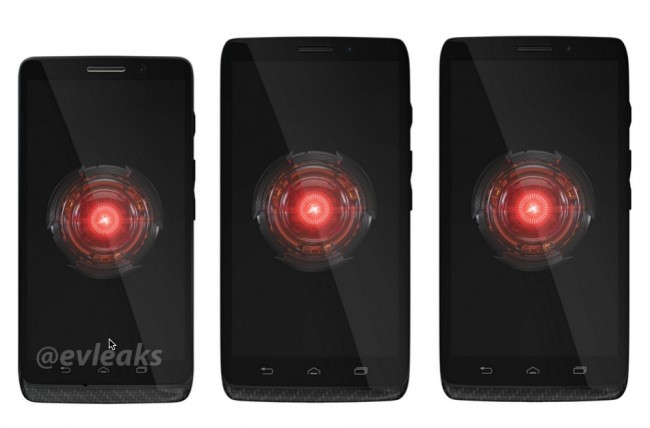 Thanks once again to @evleaks, we now have the pictures of the entire new Motorola DROID family that is headed to Verizon. From left to right you are looking at the DROID Mini (first picture of it), DROID ULTRA, and the battery beast known as the DROID MAXX. As we sort of expected, this whole new family really just looks like a remake of last year’s DROID line that featured the RAZR HD and RAZR M.

In terms of specs for each, it’s all still a mystery, though we have a feeling that could change at any moment. The ULTRA and MAXX are rumored to have 5-inch 1080p displays and 10MP cameras, but the Mini details have yet to surface.

Newly leaked story boards from a marketing agency who likely has the contract on these new Motorola devices show the MAXX as having 2-day battery life and the ULTRA potentially launching on August 8.