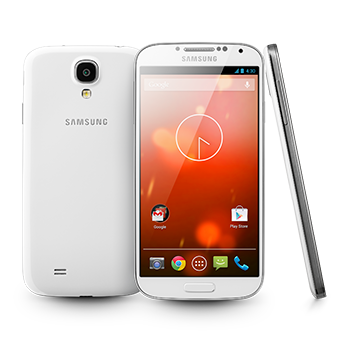 With the Samsung Galaxy S4 Google Play Edition launching at the end of last week, it only makes sense that developers would do their best to bring ROMs from it to every variant of the device. The Verizon version of the GS4 is one of the first to receive the love, which isn’t all that surprising, but seeing as the GPE is a GSM phone, you can imagine that a bit of work went into making this work properly.

According to the developer, this is a port from the GT-I9505, but doesn’t specify if it’s from the Android 4.3 build. I’d assume that it isn’t and is instead a port from the 4.2.2 ROM that ships with the phone.

He has all sorts of versions of the ROM available, from builds with blackout Google apps, to the bare bones no-root style.

There may be some minor bugs here and there, but he offers up some ideas for temporary fixes in the mean time. It may not be perfect, but hey, it’s a stock option for those with Verizon’s version of the phone.

You’ll find download links and instructions at the link below.