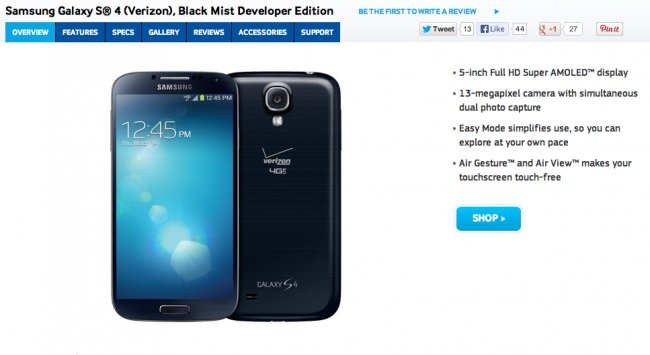 The Samsung Galaxy S4 Developer Edition that works on Verizon’s network is now available directly from Samsung for $649.99. We first spotted the listing for this device back in May, shortly after it launched with Big Red, but had no idea when to expect its arrival. I don’t know about you, but this version seems to have been made available much sooner than previous developer editions.

For those not familiar, the “Developer Edition” phones come with an unlockable bootloader. This is the choice that Samsung is giving you should hacking, rooting, and custom ROMs be a part of your daily activity. The price is steep, but as they say, “That’s the price you pay.” Keep in mind though, that there are already root methods widely available along with a guide for developers to be able to bypass the bootloader on the retail version.

The need to buy this version has certainly diminished, however, the bootloader and hack-a-bility of this version won’t ever be an issue. 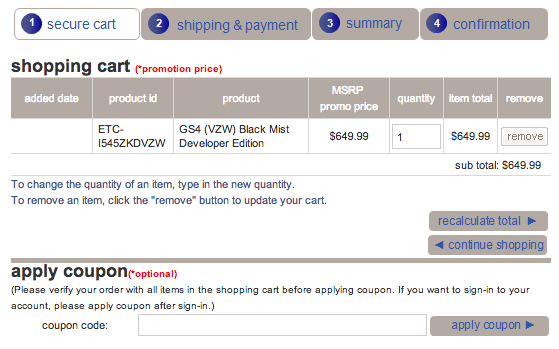