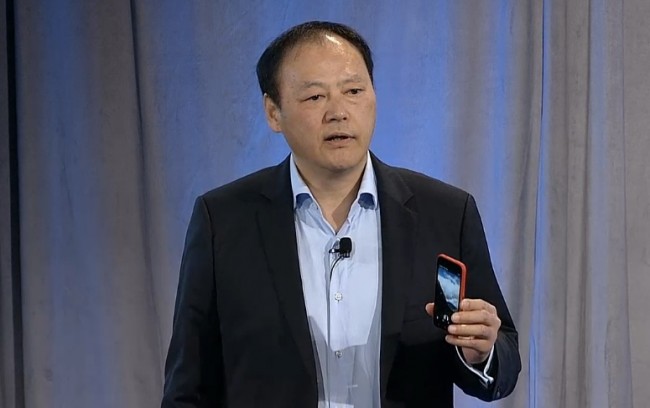 As HTC continues to remain in a downward spiral in terms of revenue and sales, their fearless leader Peter Chou, isn’t done quite yet. Chou co-founded HTC back in 1997, turning absolutely nothing into a company that creates some of the world’s most desirable smartphones, although lately, the company has not been doing so hot. With profits dropping a reported 98% in previous quarters, Chou has taken much of the blame for the company’s recent woes. While dealing with this uphill battle, he is still optimistic and said in a recent interview that he won’t be quitting his role as CEO at HTC anytime soon.

I know you guys want to ask, will I quit. There are a lot of rumors that say I would quit, but I never said that. I’m not going to find another job.

When companies take large dives such as this and can’t seem to get back on the right track with a winning formula, it is not uncommon to see a changing of the guard. According to an interview with one of HTC’s board members, David Yoffie, not a single time has a discussion been made about removing Chou from power. “The board has a lot of confidence in Peter, and share price is not going to drive decisions on the future of the chief executive.”

With the new year already half way behind us, HTC has given off a lot of positive signs. They have unified their hardware design language, brought their top-selling flagship device to the major four U.S. carriers (still waiting on Verizon’s variant), and still have a decent amount of marketing presence across the globe. Sometimes that is hard to keep in perspective when a company like Samsung has a limitless amount of power in those important departments.

Nevertheless, we can expect to continue seeing Mr. Chou as HTC’s CEO for the time being.