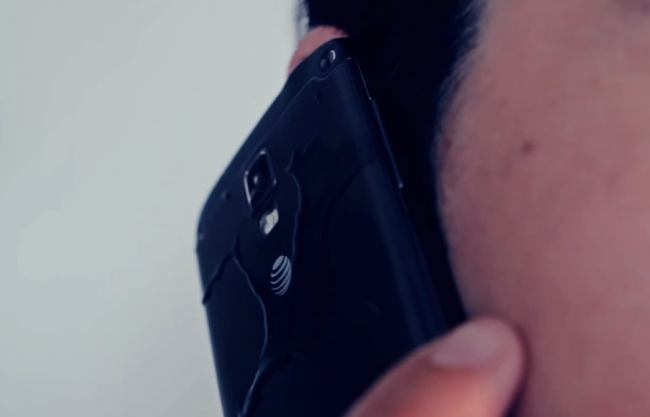 Moments ago, AT&T posted up a teaser video for a device to be unveiled tomorrow, June 13. We’ve included the video below, which within the first 10 seconds appears to show off the Samsung Galaxy S4 Active. As the video continues to play, you can see the obvious physical home buttons, the squared off back camera lens, and Samsung’s TouchWiz. If those clues weren’t enough, the fact that the phone is dropped into a bucket of water and still takes calls is the supreme giveaway.

Samsung made the device official last week, and we have see it stop off at the FCC with AT&T bands, so this announcement won’t be much of a surprise even if AT&T wants it to be.

For those not familiar, the Galaxy S4 Active is a heck of a lot like the original Galaxy S4 only it can withstand nature like no Samsung before it. The device can be submerged in 1 meter of water for up to 30 minutes, is dust proof, and has a water resistant headphone jack. But beyond the rugged stuff, it also sports a 1.9GHz quad-core processor, 2GB RAM, 5-inch FHD LCD display, 8MP camera, 16GB of internal storage, and more.

If you were looking for a tough-mother of a phone that can stand next to the major players in the game when it comes to specs and power, this would be it. Oh, it also comes in a variety of colors.

So, is it safe to assume this will be another AT&T “exclusive”?