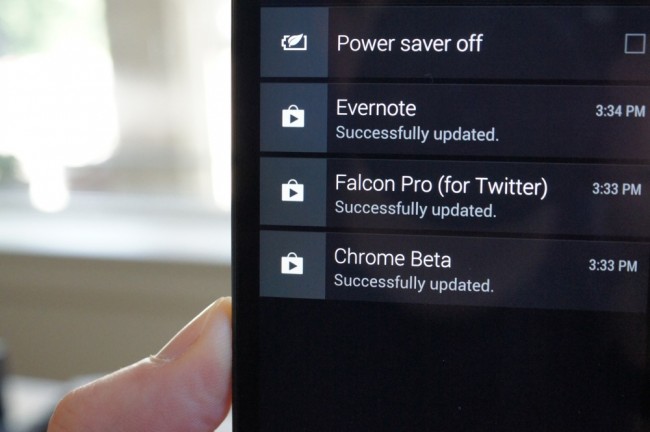 The day was filled with app updates for some of our favorite apps, with the biggest probably coming from Evernote. The popular note-taking app received its “most requested feature of all time,” Reminders. Users can finally add reminders to notes, set alarms, and pin notes to the top of note lists, so that their lives can either feel complete or on the verge of becoming complete at all times. The Evernote update also improved copy and paste, corrected photo orders, improved shortcuts, and improved Japanese support.

But like I said, Evernote wasn’t the only app to receive an update. Falcon Pro pushed out multi-account support (was previously in beta), improved the look with a flatter UI, introduced a black theme, added column swiping, and transition animations. It’s a solid update that beta testers have been enjoying for a few days.

Chrome Beta received an update as well, along with DashClock. Neither are significant, but wanted to make you aware.

The changelogs for each app are included below.