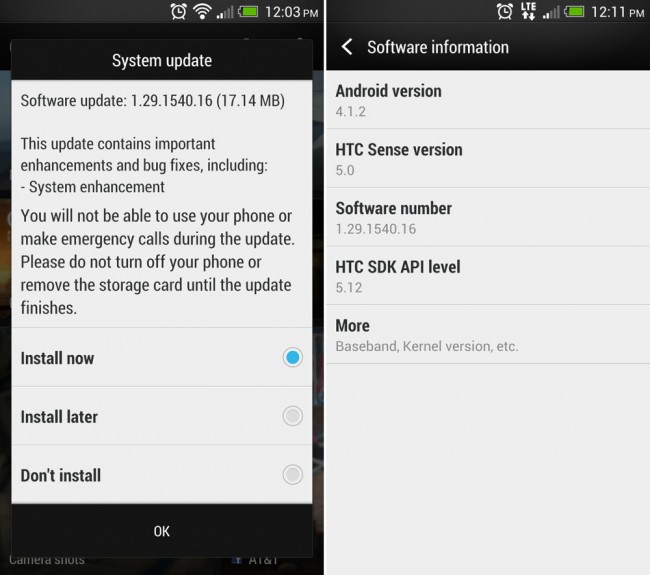 The U.S. unlocked variants (including the Developer Edition) of the HTC One are receiving a new update today to build 1.29.1540.16. The update is a smallish 17MB in size, so there likely aren’t any major additions included. In fact, we haven’t noticed any changes after updating other than the build number, especially not a jump to 4.2.2 or anything along those lines. Probably just a bug fixer, move along.

Oh, I’m also still using the One unlocked U.S. version as my daily driver. I spent some extra time at I/O with a Galaxy S4, but have since gone back to the One. It is still my favorite device of the moment. Updates like this, by the way, are another reason to consider picking one up. Keep in mind that HTC can push these out as soon as they are done since there are no carrier barriers to break through.