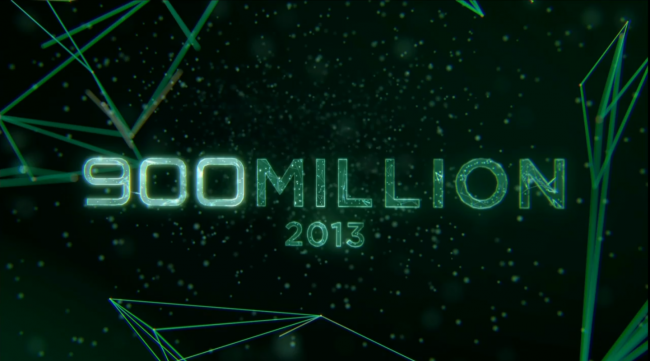 Google dove right into Android during their day one keynote at I/O 2013 today. Starting off with a bang, Google announced that Android has now reached the 900 million activation mark as of today. Last year’s number that Google gave us was 400 million and we have seen it steadily increase since then.

This is an enormous number of Android devices to be activated out there in the world and lets Google say with confidence that Android is “the most popular mobile operating system out there.”