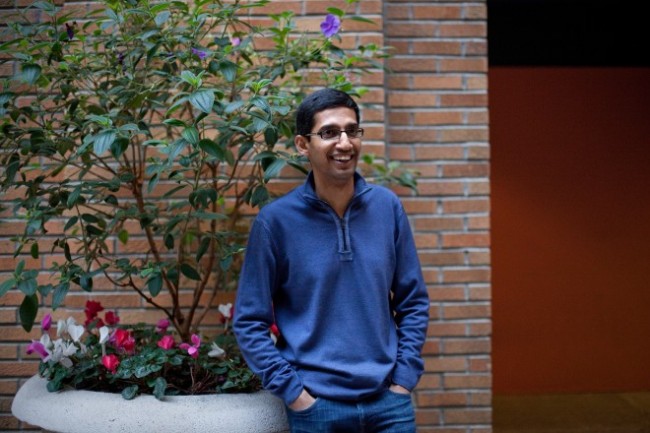 As we head into the week which features the most anticipated Android and Google-related event of the year, new Android boss Sundar Pichai finally sat down for his first interview since taking over the reigns of our favorite mobile operating system. In a short Q&A with Wired, Pichai talks through Google’s relationship with Samsung, shares thoughts on Facebook Home, and even mentions Motorola’s status as one of their partners. But most importantly, he talked Android updates and Google I/O, which he claims will be different this year, because there may not be many products to announce.

Below, you’ll find answers to what appeared to be the most important and related to what we do here at DL, but I highly recommend you read his entire interview at the source link below.

On I/O and how this year will be different:

It’s going to be different. It’s not a time when we have much in the way of launches of new products or a new operating system. Both on Android and Chrome, we’re going to focus this I/O on all of the kinds of things we’re doing for developers, so that they can write better things. We will show how Google services are doing amazing things on top of these two platforms.

We are thinking about how to make Android handle updates better. We see ways we can do this. It’s early days. We’re talking with our partners and working our way through it. We need time to figure out the mechanics, but it’s definitely an area of focus for me and for the team.

On their relationship with Samsung:

I realize this gets played up in the press a lot. Samsung is a great partner to work with. We work with them on pretty much almost all our important products. Here’s my Samsung Galaxy S4. [Pichai holds up the phone.]

…Look, Samsung plays a critical role in helping Android be successful. To ship great experiences, you need hardware and software together. The relationship is very strong on a day-to-day basis and on a tactical basis. So I’m not that concerned. Historically the industry has had long stable structures. Look at Microsoft and Intel. They were very codependent on one another, but it served both of them well. When I look at where computing needs to go, we need innovation in displays, in batteries. Samsung is a world leader in those technologies.

On Motorola as a closer partner than others:

For the purposes of the Android ecosystem, Motorola is [just another] partner.

I have a secret project which adds four hours every day to the 24 hours we have. There’s a bit of time travel involved.

Pichai also noted that Google “saw payouts to developers on Play quadruple in 2012,” suggesting that iOS developers aren’t the only group cashing in on apps these days.

So I/O, at least to me, isn’t going to be all that much different than years past. They’ll focus on developers, but don’t think for a second that there won’t be some kind of hardware to announce. It may not be a brand new Nexus 10 or Nexus 4, but Google always likes to show off new software and features running on new gadgets. It’s how they’ve done it for years now.

Also, who doesn’t wish they were a part of those conversations with partners about speeding up Android updates?

This week is going to be wild.