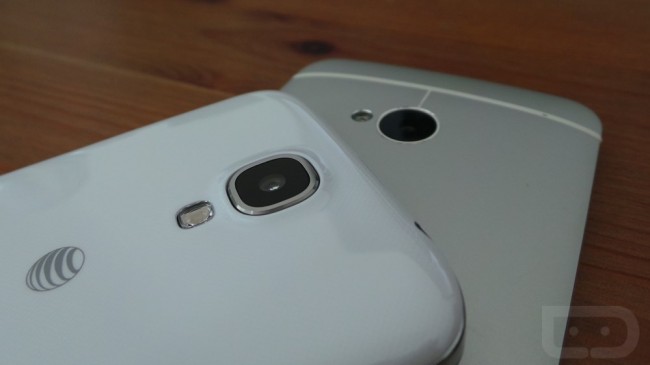 Not that we have been avoiding it, but we felt the time was right to do a bare bones breakdown of the cameras found on the top two Android devices on the market right now, the HTC One and the Samsung Galaxy S4. What makes both of these cameras unique is that on paper, both are basically complete opposites. The Galaxy S4 features a whopping 13MP sensor while HTC employed a “Ultrapixel” camera inside the One, which is actually a 4MP sensor. At first, the idea of having a 4MP camera in a 2013 flagship device threw some people off, but HTC seems to know what they were doing.

Down below, we cut the crap and just give you a side-by-side comparison of both cameras in everyday real-life scenarios. Seemed like the best way to do this type of thing, considering that this is not a photography blog. We hit the low light, the macro, the video tests, and more.

The macro: This wouldn’t be a Droid Life comparison if we weren’t taking close ups of something. You will see a reoccurring trend throughout this comparison that the HTC One (right) gives off a much warmer vibe than the Galaxy S4 (left). We have seen that on their previous Samsung devices, so it isn’t much of a shocker, but what they do have going for them is that the S4 focuses on subjects that are extremely close with relative ease in comparison to the One. In fact, I found myself tapping the display to focus on the Galaxy S4 just once or twice to get the perfect close up, while I had to tap on the One more than five times to get it focus. While both take close ups rather well, the Galaxy S4 would probably win this one due to its high rate of consistency and attention to detail. The One definitely gives off much better color though, once it actually focuses. 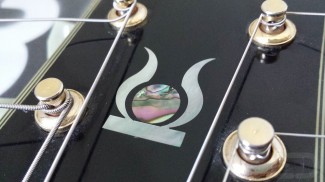 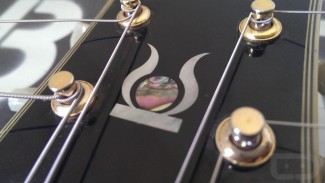 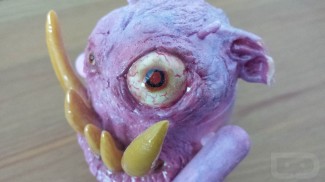 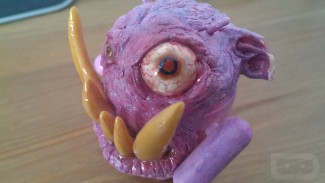 Color:  As I mention, the HTC One (right) does have a tendency to give off brighter and warmer colors in the right circumstances. Although, when deliberately trying to find some well-lit and colorful areas, the Galaxy S4 (left) excelled. The GS4 brought together a perfect union between sharp lines and details, with well-rounded color balance. The blues were blue and the reds were red. Both cameras score well in this section and when you are out on a brightly-lit day and you have a subject as adorable as Loki, I hope your phone can take a decent picture as well. 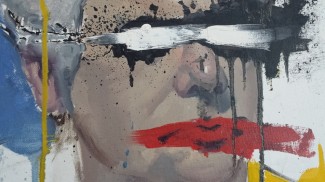 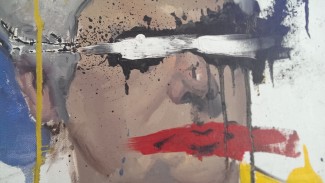 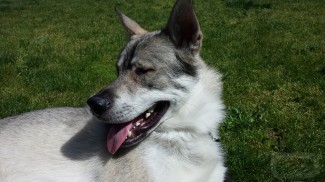 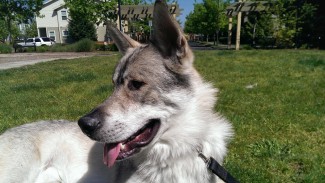 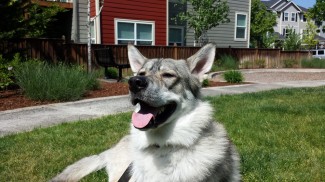 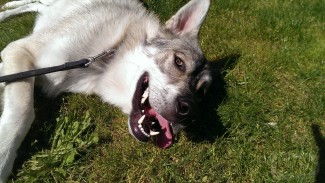 Low-light:  According to HTC, the camera found in the One (right) lets in 300% more light than your average smartphone camera. If the pictures below are evidence, I would say they are about right on that one. The Galaxy S4 (left) struggles immensely with focusing in the low light settings, so this point goes to the HTC One everyday of the week. The One, in low light, gives an image that more resembles what your eyes see rather than a dark shadowy image that we see from the Galaxy S4. Big bonus points to HTC for their work on the low lighting scenarios. 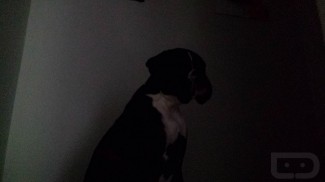 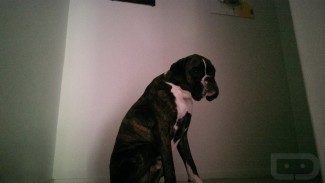 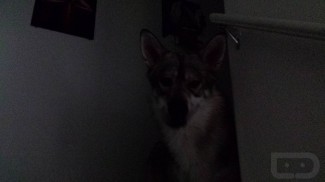 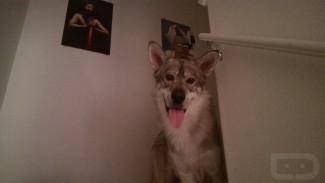 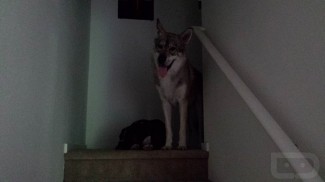 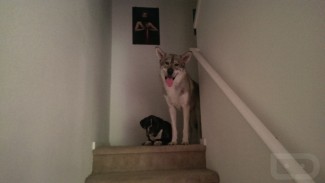 Out and about:  On your typical outings, it is really hard to say which phone I would rather have to snap pictures with. The HTC One (right) produces well-lit images with warmer colors than the Galaxy S4 (left), but on the other hand, the GS4 produces extremely crisp pictures, full of detail. Plus, given the added size of the pictures taken on the Galaxy S4 with the 13MP sensor, much more detail is added in and the ability to zoom in without seeing fuzz is an added bonus. If this comparison was based on a point system, both devices would get a point in this category. They are both dependable, versatile, and produce pictures that are worthy of sharing with friends and family. 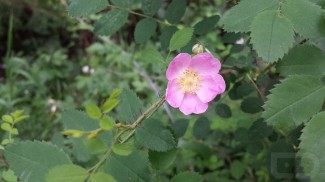 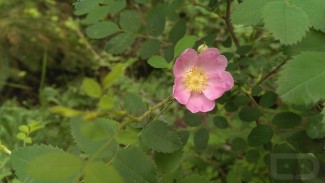 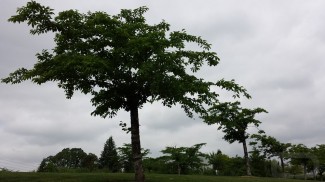 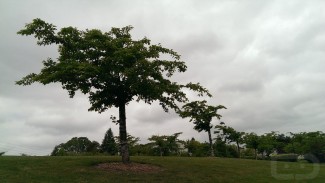 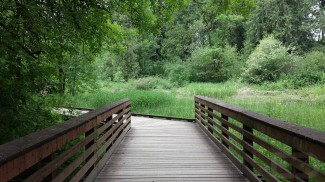 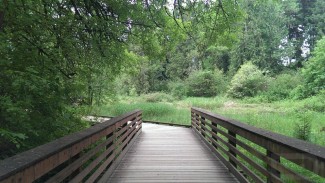 1080p Videos samples: Both videos look fantastic. It is a bright and warm day and the grass is super green. I have a model named Loki and as you can see, he’s loving the spotlight. Points to both phones for some fantastic HD videos.

Wrap-up: To sum it up, both devices, whether you care about how many megapixels your phone has or not, are great. From my experience, the Galaxy S4 is better for taking higher quality images that you would like to later edit and publish online. As for the HTC One, it is probably the perfect phone for someone that is addicted to Instagram. The pictures are clear, full of color, and perfect for someone that doesn’t need extreme detail.

Each device has their highs and lows. While the HTC One shows dominance in the lowly-lit category, it struggles to focus on closeups and the detail just isn’t there like you would hope in some shots. The Galaxy S4 shows extreme command in a variety of circumstances, but with a lack of color and rich tones, some of those highly detailed shots end up looking lifeless.

Your lifestyle will greatly determine which device you should choose if the camera is a main focal point. If you can, try them all out and see what fits your best.