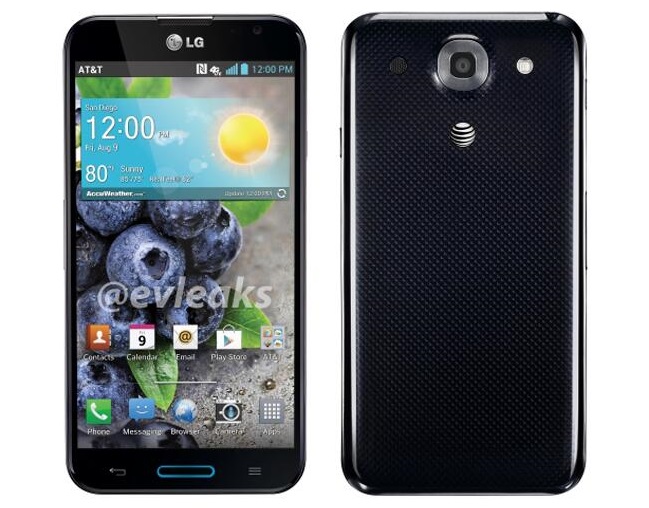 Twitter account @evleaks is at it again this morning, this time leaking a press render for the upcoming LG Optimus G Pro for AT&T. This is the same device that is set to be announced at an LG press event next week on May 1, so this is when things get exciting. We are putting our bets on the device’s specs to not change too much from the Korean version, which is one beast of a device.

The Korean version sports a Qualcomm Snapdragon 600 chip, a monster 5.5″ 1080p display, 13MP camera, and a large suite of proprietary software much like Samsung does with their Galaxy lineup of devices.