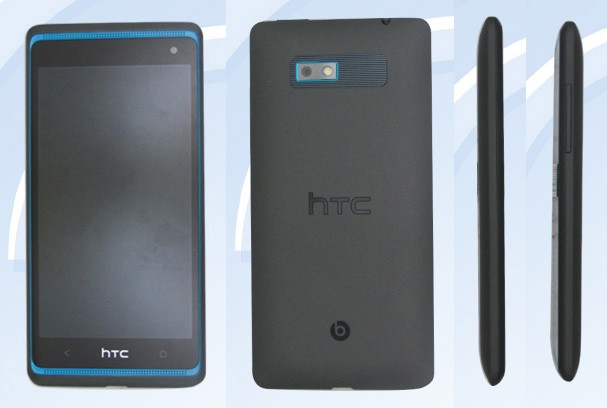 This year, HTC has made it apparent that they need to bring their A game if they want to stay in the race against other Android OEMs. New information gathered on a Chinese database shows their newest mid-range device, labeled as 606w, is set to make a splash sometime this year. The specs won’t “wow” you, but it’s not a bad start and should be a good little brother to their flagship One device.

The 606w is listed as having Android 4.1.2 on board, a 4.5-inch 960 x 540 display, quad-core 1.2GHz processor, 1GB RAM, 8-megapixel camera, 1.6-megapixel front-facing camera, and microSD expansion. It also sports the same button layout as the One, front-facing speakers, as well as those pretty blue accents along the front.