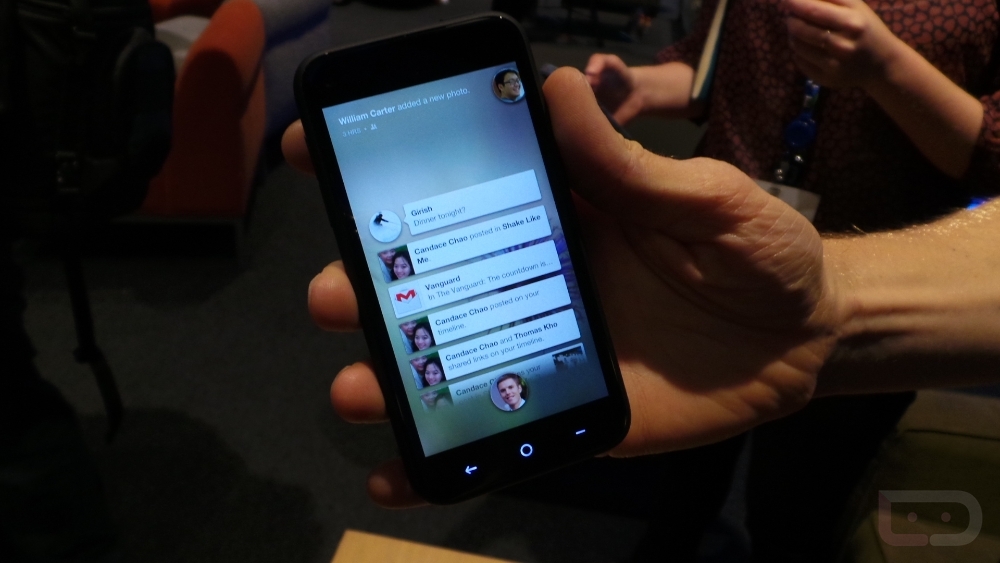 Now that the live event is over, Facebook is giving the press a chance to take a look at their newly announced HTC First device running their also newly announced Facebook Home. The First sports a 4.3″ 720p display, runs a Snapdragon 400 dual-core processor, 1GB RAM, 5MP rear camera, connects over AT&T’s 4G LTE network, and sports Android 4.1 underneath their custom launcher. It’ll come in 4 colors (white, black, red, and pale blue) at a price of $99.99 with new 2-year contract. The first can be pre-ordered starting today and will launch April 12.

As you have seen from the press shots, the device itself carries a unique circular home button with back and minus softkeys to its sides, arrangement. The overall exterior appears mostly to be unibody, with a singular color scheme depending on which color you are looking at. It’s not incredibly thin by any means, but still thin enough. You can call it “iPhone-ish” if you’d like, however, I’d just wager that it looks like most touch-screen smartphones these days. Or if you needed to compare it to one in particular, how about the Incredible 2 or Incredible 4G LTE? If anything, this is about as minimal as you’ll see from a manufacturer. There are few logos, only subtle HTC, Facebook, and AT&T logos towards the bottom back.