Finally. No more leaks. No more rumors. No more questions. The Samsung Galaxy S4 is official. After months of anticipation, the “next big thing” has been announced at a live press event in New York City. In years past, Samsung waited until the early summer or late spring to push out their newest Galaxy, but in 2013, March was the right time.

The Galaxy S4 has a laundry list of specs and features packed into the device to separate it from its predecessor.

A 13MP camera on the back is complimented with a 2MP shooter on the front and both utilize Samsung’s Dual Camera technology that allows you to take photos and videos with both cameras at the same time. Samsung also threw in other camera software tweaks like the ability to capture sound to go with your photos and the ability to take a series of photos and edit out photobombers in the background. Story Album makes automatic albums of your photos when you travel and gathers them for you, even letting you order a physical copy through Samsung’s partnership with Blurb.

TouchWiz looks more or less the same with a few tweaks here and there to look a bit more simplified. The additions of Smart Pause and and Smart Scroll were not lies either. Smart Pause allows the phone to pause a video when you look away from the screen and Smart Scroll does what it says and scrolls with your eye movements. Air View and Air Gesture we’ve also heard of before, allowing you to scroll and do gestures on the S4 just by hovering your finger over the screen.

No official launch date was announced at the event, but Samsung says that we should expect to get our hands on it sometime within Q2 of this year. 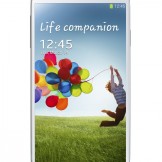 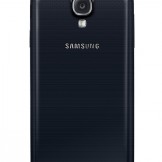 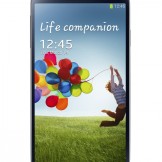 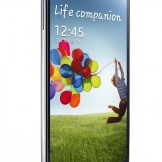