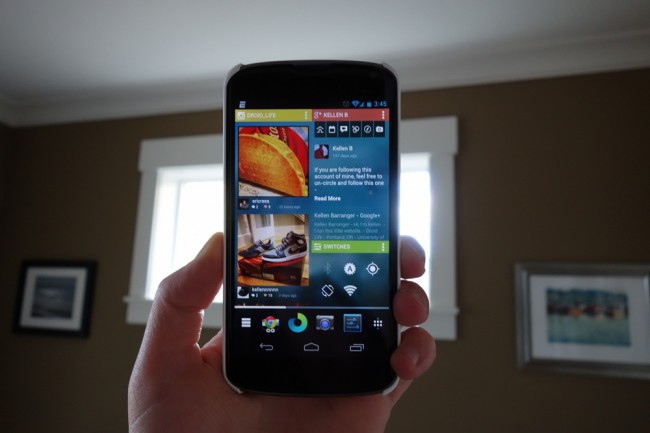 Chameleon Launcher received quite the significant update this afternoon for Kickstarter backers and pre-orderees. In the update, we finally get phone support, so this app is no longer just a tablet exclusive. No, sir. We also get a brand new name, well, sort of. This is version 2 of the app, so it shall now be know as Chameleon Launcher 2. Clever.

Phone support is clearly the biggest announcement here, but users across the board will find things like Folders and “Linked Folders,” app launcher widgets, redesigned contextual dashboards, performance improvements, and many updates to Chameleon widgets. There aren’t any new widgets per se, as the team was focusing on “strengthening the core experience.”

I will say that after taking a lengthy break from Chameleon, I can easily see the progress that has been made in this new beta. Transitions and menus are more fluid and beautiful, the feature set has really grown, and the overall product feels like a professionally done home replacement, something I wouldn’t be caught dead saying about it a few months ago.