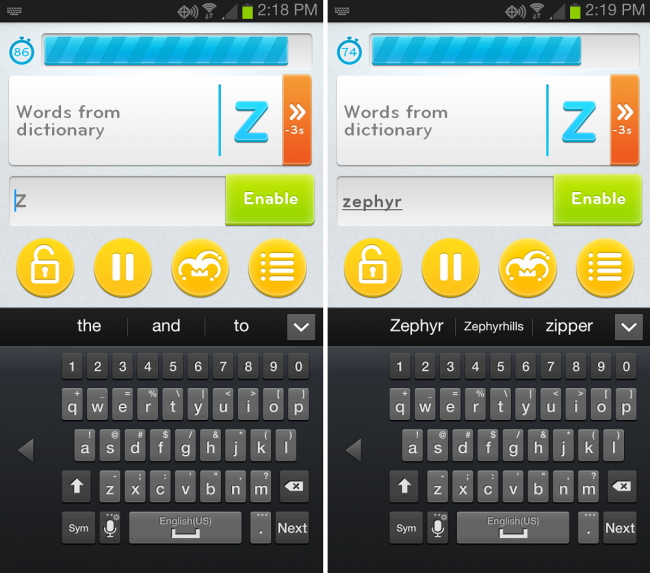 Last night, I was sitting next to a friend that happens to own an iPhone. He pulled out his phone and started playing a game that looked really interesting which I had never seen before, so I asked what it was. He replied and told me it was called 94 Seconds. Quickly, I grabbed my phone and opened up Google Play and said, “please be on Android, please be on Android.” Surely enough, there it was and life was good.

This game is not new, but it did recently receive an update on the 1st of March which brought some noticeable improvements. The game is really straightforward: you are given 94 seconds and then shown clues. Name a city with a population of over 100,000 that starts with “P.” Name an edible vegetable that starts with “C.” And it goes on and on until you run out of time. It’s a great game that challenges you to think quickly and also outside-of-the-box.

It’s free on Google Play, so give it a try.