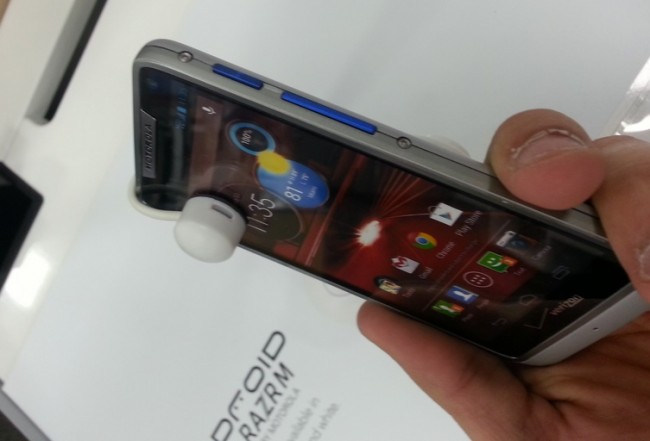 On Monday, we reported that Best Buy was offering an exclusive new version of the DROID RAZR M, called Platinum. The device, with its blue accents and “platinum” exterior, was met with mostly positive feedback, however, we still had yet to see what the backside looked like. Thanks to one of our fabulous readers, we have a shot of the backside which as expected, features the same kevlar backing from other versions of the RAZR M, only it has a blue accent around the camera housing.

The device can still be had for as little as $50 on-contract. And don’t forget that Best Buy is also running their $50 giftcard promo for anyone who upgrades to a new smartphone through them in 2013.