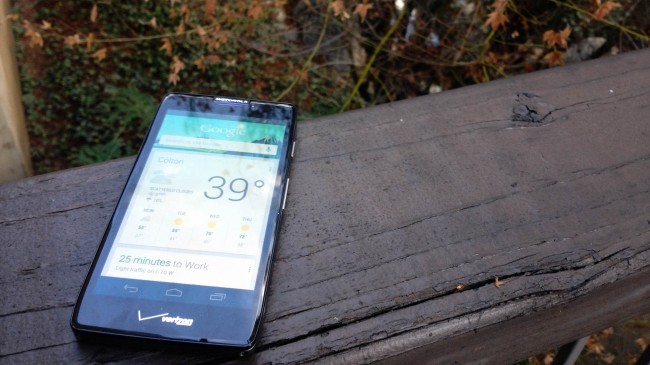 Google Now is great at putting certain pieces of information in front of you before you realize you need it. A traffic report for your drive home is there just before you leave work. You’re notified about a package’s location after you’re emailed about it. Recent searches appear to remind you about your bad decision to try and understand what happened in the Clone Saga.

Google wants to continue to empower our cell phones and turn them into truly useful person assistants. I believe Google Now is the best way to do that, but I also believe Google Now needs to get a lot better. In particular, Now needs improve its use of contextual information, have more of a personality, and display information better.

Google is pretty good at guessing what I want to see, but it doesn’t know things I haven’t told Google about and it certainly doesn’t always know all of my contextual information. Google Now knows to show me appointment information before I need to leave to meet someone or to show me local attractions, but I’m not always trying to explore something and sometimes I want to be reminded of my schedule more in advance.

Location context can be tremendously powerful. For example, imagine when you walk in to your local coffee shop a card appears to pay with Google Wallet. After you pay, a card appears with a book recommendation from Google Play or your favorite playlist to throw on while you work on some homework. Maybe when you arrive at your parents place Google Now presents you with a card that initiates a photo slide show of the vacation you took last week. Maybe when you arrive at work or school it provides a card for your schedule for the rest of your day so you know what to expect as you walk in.

One context that Google can’t anticipate is my conversation (unless you opt in to let Google Now listen to everything you say). I might have just finished a meeting and want to add another appointment to my calendar. With Apple’s Siri I can tell her to add an appointment to my calendar on the drive home, but Google Now is severely limited in the voice input it can receive. For example with Google Now I can initiate a phone call or a text message, but there is no audible feedback and with a text message I’m then prompted to use a keyboard. Siri, on the other hand, requires voice input and can do nothing with text. Google Now has fantastic voice recognition (unlike Siri’s “voice recognition,” which I believe Apple borrowed from Google Voice), but it’s really only good for initiating tasks, not completing them. Google would be wise to allow users to ask Now questions regarding their personal information (like calendar information) and complete tasks with their voice.

Google has a lot of personality. From Google Doodles to April Fools’ Day, Google regularly shows off its sense of humor. Google Now makes no effort to feel human. Siri, on the other hand, tells jokes, sings songs, delights in tales of robots dominating humanity, and breaks the fourth wall like your favorite merc with a mouth. As a result, Siri really does feel like a personal assistant with personality and quirks.

Adding little bits of personality throughout Now that aren’t user initiated would also make Now feel even more responsive and human. Granted, Siri was presented from the ground up as a personal assistant, but it wouldn’t take much to build a persona around Now. Siri tells you a joke when you ask her, but imagine Now pulling up a grumpy cat meme when you do a search for something cat related.

Adding personality to Google Now wouldn’t add a lot of functionality, but it would encourage users to play with the app more and feel more connected with the service. I love the idea of Now messing with people on April Fools’ Day with a light-hearted prank, giving a sarcastic response before following a command, or responding conversationally. I also love the idea of the Now app having sliders to choose how sarcastic or biting Now can be in response to you (just in case you’re a bit more sensitive or don’t like the idea of robots talking back to you).

Google Now is easy to launch from the lock screen of a stock device, but from your home screen it is less obvious. Tapping on the search bar at the top of the screen is fine, but it implies searching, now Now.  I think leaving Google Now as a replacement for the Google Search app makes it feel foreign to Android even though Google Now only appears on the mobile operating system. I think Google should borrow a design cue from Motorola and integrate Google Now into the home screen. A swipe to the right from your main screen should throw you into Google Now.

In addition to home screen integration, I think Google could do a better job at showing more information in Now. As I mentioned in my Windows Phone 8 review, in a lot of ways Live Tiles feel like Google Now. I don’t think Google should adopt the Live Tiles UI, but I do think they could present cards better.

Scrolling through cards is nice, but at first you can only see one and a quarter cards. I’m assuming Google did that to encourage users to scroll through Google Now, but from a UX perspective it makes Google Now far less powerful. Cards could be folded and then unfolded with a tap to show more or less information without dismissing it, flipped to show more information, or even stacked together (to borrow an idea from webOS).

The Beginning of Now

Google Now is really powerful and super useful, but Google definitely hasn’t tapped into its full potential. Once you get past the initial creepy feeling when Google predicts the information you want without asking for it, Now feels amazing. It has the potential to blow assistants like Siri out of the water because it does what any good assistant should: do things without you having to say so. I can’t wait to see what Google does to build out Now as a platform that can be integrated into smart watches, Google Glass, smart cars, refrigerators, mirrors, and so much more. This is just the beginning of Now.