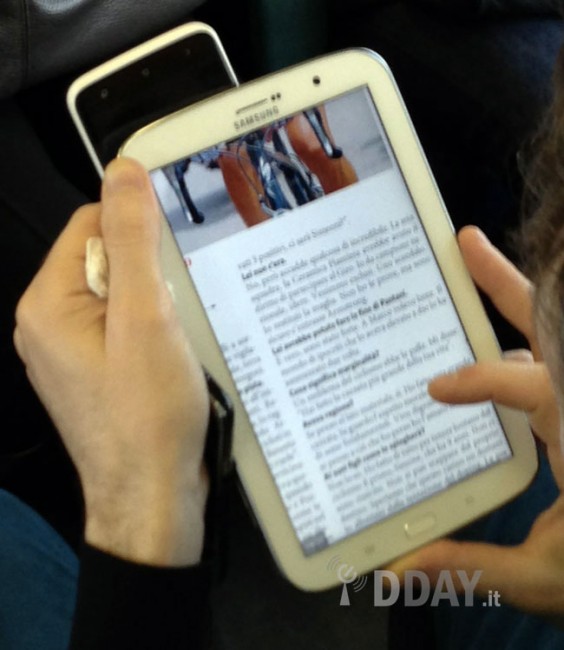 There it is, folks – the Samsung Galaxy Note 8.0. Reported to be ready for unveiling at MWC, I would say it is safe to bet that this one is, in fact, confirmed. As we can see, the device uses the traditional Samsung home button and two softkey settings and back button layout. For specs, the Note 8.0 uses an 8″ 1280 x 800 Super Clear TFT display, comes running Android 4.2+ out of the box, both front and back-facing cameras, a 4,600mAh battery, and is rumored to have a 1.6GHz quad-core processor with 2GB of RAM.

Now that we have a full eyes-on with the tablet, what do you think? I sort of like it. The backside looks polished and that display looks very crisp, at least from what we can tell in these blurry images. 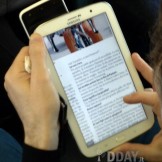