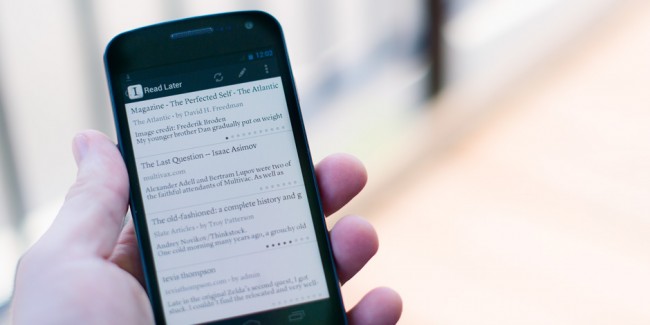 Instapaper, the uber popular iOS “reader it later” app, received a major update on Android today. I’m still not sure why people wouldn’t go with the free and equally as impressive Pocket for their “read it later” app of choice. But choices are never a bad thing, even if the developer thinks Android is the slums of the mobile Earth, will never match the polish of iOS, and that you probably can’t afford his app. He would like to thank you all for your support, though, because you’ve helped make updates like this possible.

Here is the list of new goodies and tweaks: