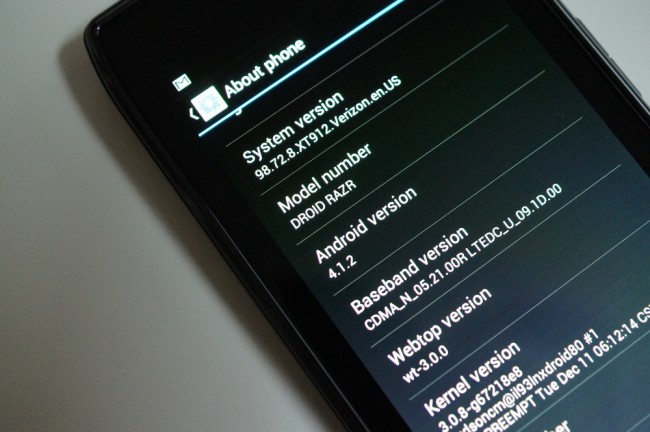 Over the long weekend, Motorola began to push a Jelly Bean update to the original DROID RAZR and RAZR MAXX as build 98.72.8. We’re assuming this was a mistake, as the update was killed a couple of hours after it went live, even though a number of users were able to pull it. Verizon and Motorola also made no announcement about an update. Plus, the build was dated December 11, which means it’s as fresh at it gets, something that may be too fresh for Verizon’s slow update approval process.

Thankfully, some crafty RAZR owners were able to grab the update file and make it available to the public. You can update to it now, if you’d like. We do recommend that you proceed with caution, though, as the update may not be the final version that Verizon approves.

For those that have yet to update, or even those that have, we thought we’d put together a quick video to show off the new features that Jelly Bean (Android 4.1.2) brings to the original RAZRs. Google Now is there in all its glory, as is the new Voice Search, better notifications, Project Butter, and more.