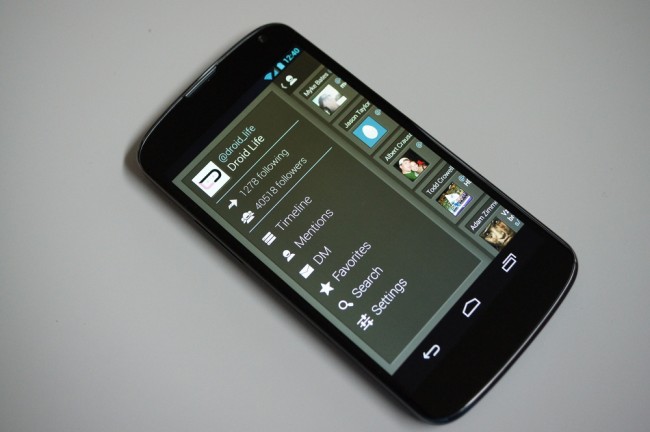 Over the weekend, Falcon Pro, a Twitter client for Android devices, left beta testing and was released to the Google Play store as version 1.0. Initially launching as a widget, there were enough requests to turn it into a full blown app, that the developer obliged. After spending just a couple of days with it, and while exchanging feature requests with the developer, I can easily say that this is my new favorite Twitter app.

The best part about Falcon Pro, is the gesture swiping from left to right. With a quick swipe from the left, you can access your timeline, mentions, DMs, favorites, initiate a search, or tweak settings. With a quick swipe from the right, you can access all of your lists, see what’s trending on Twitter, and find local hot topics. It’s so simple, yet so incredibly polished, that you almost wonder what every other Twitter developer has been doing.

It also allows you to view media in your timeline and access a built-in browser so that you don’t have to constantly leave and re-enter the app. But beyond all of the features, the app looks fantastic. It’s minimal, but incredibly fluid and smooth. It has a big future ahead of it as well, since themes, better notification controls, and standard Twitter functions (Ex: deleting, better conversations, and muting) have yet to be included.