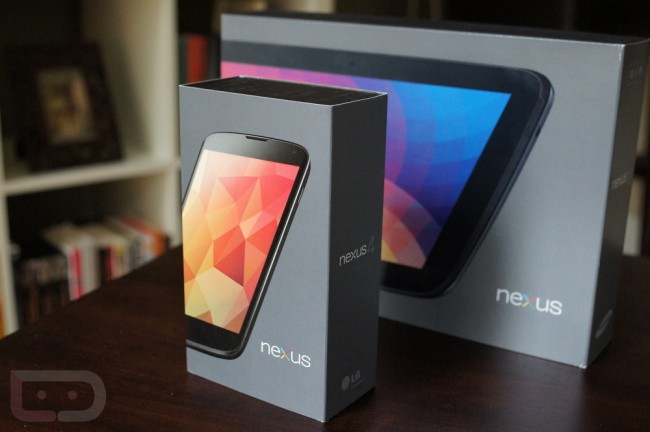 The time has finally come. For those interested, you can now go straight into Google Play and purchase the new Nexus 4 and Nexus 10 devices. We did a fun live un-boxing of both devices right here, and you can also see a beautiful gallery of both devices here.

If you are deciding to pick one of these Nexus devices up, let us know which one down below!

Update:  Nexus 4 in both 8GB and 16GB versions has sold out.