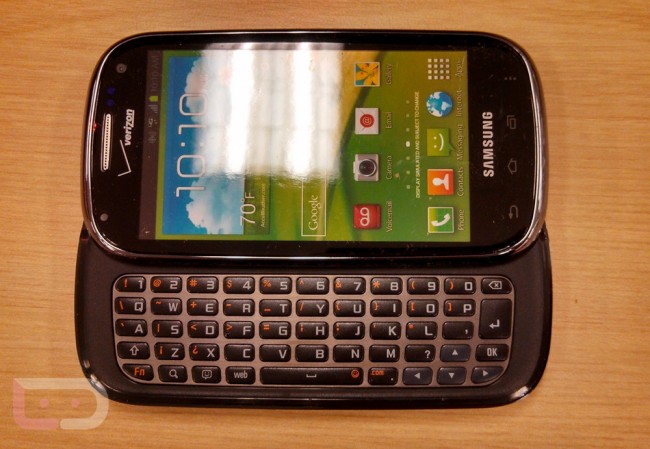 Mmmhmm, look at that beautiful keyboard. A dying breed lives on the Samsung Stratosphere 2, a device that we hope will be announced any day by Verizon. As you can see from these pictures, dummy units for the phone are arriving in stores (mostly 3rd party retailers), which is usually a good indicator that it’ll be available for purchase soon. We have already seen holiday promos for the device in stores, so I can’t imagine we’ll be waiting much longer.

We are expecting the device to sport a 4″ Super AMOLED display (could be Plus), a dual-core Snapdragon S4 processor, 1GB RAM, and run on Verizon’s 4G LTE network. It’s mid-range, that’s for sure. The on-contract price could start around $99, but deals will likely make it much cheaper than that.