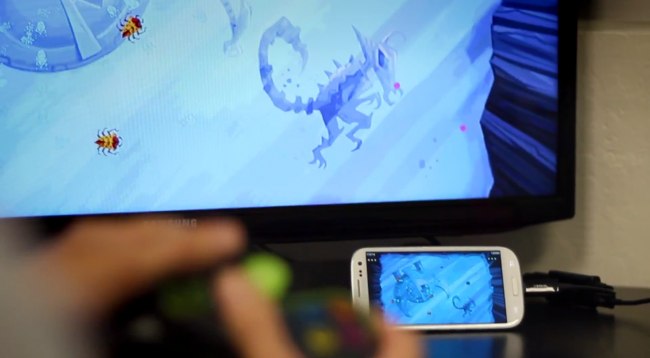 We’ve seen the power of Android and gaming come together with the Kickstarter craze OUYA, but a new company Green Throttle Games asks, “why buy a separate Android console when your phone can do it all?” With the help of some Bluetooth connected controllers, your phone and your big screen TV is all you need to have mobile gaming fun right on your couch.

Green Throttle is developing their own first-party titles to be released with the new service, which they want to get third-party developers in on as well. They are releasing an SDK as part of a program to get as many games into their catalog as possible. If this all sounds exciting to you, patience might help a bit. “In the near future” is all we have as far as release date and no word on price either.