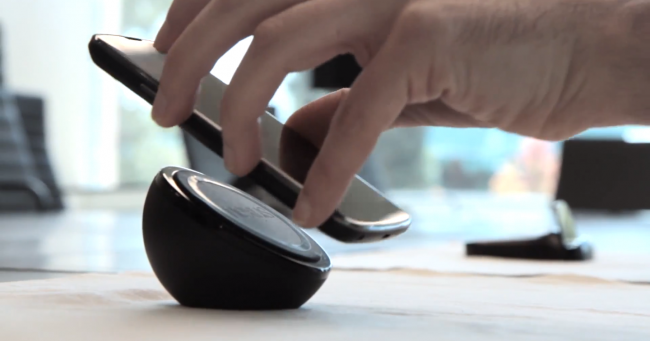 Matias Duarte coming to Google to head up Android’s user interface was a huge acquisition for all us Android fanboys. Not only has he helped Android to grow up and into its own, but he has influenced many things about the OS since he arrived to help with Ice Cream Sandwich. His former job at Palm has never been more evident before today with Google’s new Charging Orb for the Nexus 4, which looks eerily similar to the Touchstone Charger.

Using the Qi charging standard, Google has created a half-orb that magnetizes to the back of the Nexus 4 for easy charging by just setting your phone on it. The new feature in Android 4.2 named “Daydream” will be activated when set on this dock and the phone will display information from Google Currents and Google Now. There has been absolutely no word on pricing or availability for this accessory but if you’re like us, you are waiting impatiently until it is announced.

Ready to move to wireless charging yet with your Nexus 4?