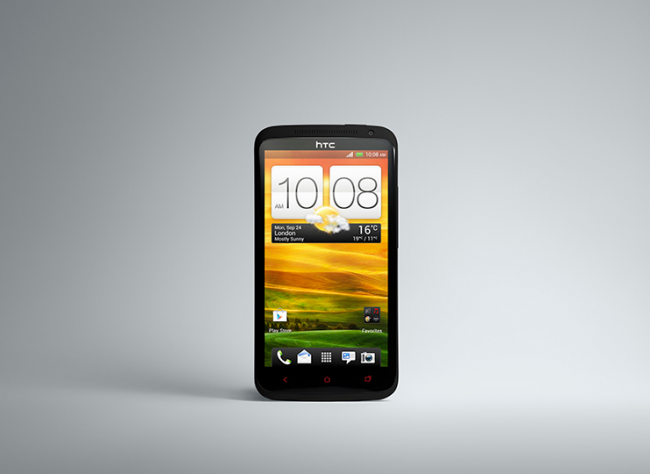 HTC announced the One X+ this morning, putting to bed months of rumors that seem to have dragged on for far too long. The device, as you can see from the pictures, looks very similar to the original One X, however, the insides have been beefed up to make this one of the most impressive phones to date.

It now sports a Tegra 3 AP37 quad-core processor which is newer than the early-2012 T3 and has been clocked at 1.7GHz. More importantly, it also comes equipped with LTE that is said to be 67% faster than the One X with LTE. HTC managed to throw in a bigger 2100mAh battery and 64GB of internal storage as well.

On the software side of things, they are introducing the newest version of Sense known as Sense 4+, running atop Jelly Bean (Android 4.1). From what we can tell from the press release, this new version includes better front facing camera support for those late night bathroom shots, a Sightseeing mode for quick moment capturing, and new gallery views.

The device will launch exclusively on AT&T “soon” for the U.S. and will arrive in Europe and parts of Asia during the month of October. 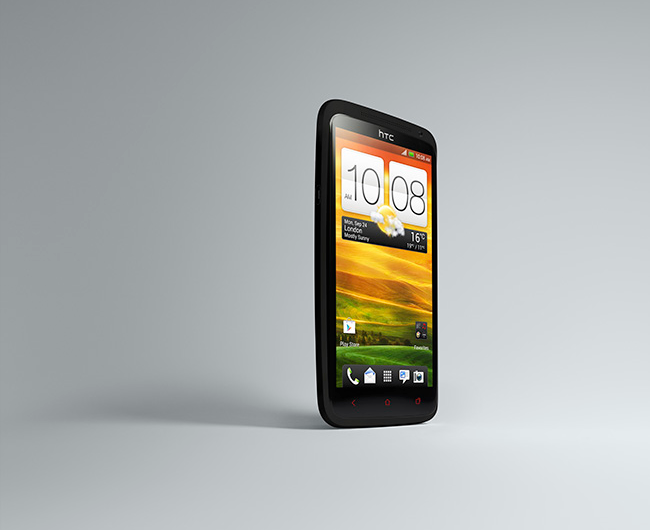 AT&T OFFERS NEW HTC SMARTPHONES FOR EVERY “ONE” THIS FALL

Powered by the nation’s largest 4G network, all three HTC devices will access the AT&T 4G LTE network and are equipped with enhanced audio and video features, making it easier-and faster – for customers to stay connected and entertained while on the go.

A 1.7 GHz Tegra 3 NVIDIA quad-core processor plus a battery-saving fifth core will give customers a unique “4 + 1″ capability to save power using one core for everyday use and kicks into full quad-core mode for demanding apps, like video and gaming.

The HTC One X+ has a 4.7-inch, 720p HD screen and features a predictive-touch keyboard as well as voice recognition. The device also builds on the impressive 8 megapixel rear-facing HD camera of the HTC One X that can quickly auto-focus and zero in on a subject. Perfect for still shots or video, the HTC One X+ integrates the HTC ImageChip which reduces noise, removes color bias and enhances the overall picture quality and 64GB of internal memory is packed into the smartphone to store more high quality photos and video, music, movies and apps.

The HTC One VX is ideal for those looking for an affordable Androidsmartphone and a premium experience. The HTC One VX sports one of the slimmest unibody form factors in the industry at just 9.19 millimeters thin. The 4.5-inch display is laminated with scratch-resistant Corning® Gorilla® Glass which aids in durability and reduces light reflection. A 5-megapixel camera, which goes from lock screen to shooting photos in under a second, offers continuous shooting at 4 frames per second. For those that can’t quite decide whether they want to capture the moment in pictures or video, taking a still from a video with Video Pic™.

Windows Phone 8X by HTC to Arrive in November

The new Windows Phone 8X by HTC will be the first-ever Windows Phone smartphone with built-in Beats Audio™ technology. Beats Audio By Dre delivers authentic, studio-quality sound and the unique audio amplifier powering the3.5mm audio jack and speaker boosts the signal for even better sound for music, video and even gaming, so you actually hear the music as it was intended. The 4.3-inch 720p HD display and 8 megapixel rear-facing camera allows you to capture and view great photos and video-even in low light.

“We have a long tradition of offering the best of HTC’s world-class products,” said Jeff Bradley, senior vice president – Devices and Developer Services, AT&T. “A quad-core One X+, the awesome One VX and the exciting Windows Phone 8X by HTC mean that our customers will have the best selection of HTC smartphones this season.”

“The HTC One X has been hailed as the best phone we have ever made, so our best smartphone just go better with the HTC One X+,” said Mike Woodward, president of North America, HTC. “And the family of HTC products at AT&T is expanding to give consumers more choice. Whether they want the latest Android smartphone or the new Windows Phone 8X by HTC, we give consumers an incredible camera, Beats Audio and lust-worth design in all our devices.”

Imaging, Audio and HTC Sense 4+
The HTC One series set a new standard for imaging with a camera that boasts amazing capabilities with VideoPic, the ability to take still photos and shoot videos at the same time, and one-press Continuous Shooting and better quality images in low light environments.

The HTC One X+ improves on the camera capabilities of its predecessor** with a series of intelligent features powered by HTC Sense 4+. The new Auto Portrait mode on the front camera helps you capture high quality photos by intuitively detecting the human face at various angles. Sightseeing mode makes sure you’ll always be ready to capture the moment, as only one touch of the power button bypasses the lockscreen and launches directly into camera mode. And two new ways to view photos and videos in the gallery allow you to display albums according to when or where they were taken.

Exclusively available on HTC smartphones including the HTC One X+, HTC One X and HTC One VX, Beats AudioTM provides authentic, studio-quality sound that delivers the spirit of the original recording, from crisper vocals and deeper bass to more immersive gaming effects and video. The HTC One X+ also makes it easier to listen to music out loud, and through Sense 4+, introduces a new Tap and Go function,which allows you to connect the phone and your music to Beats speakers’ when you tap them together***. To disconnect, it is just another quick tap on the speaker again.

AT&T customers have access to the nation’s largest 4G network****, covering 275 million people. AT&T has two 4G networks that work together for customers, LTE and HSPA+ with enhanced backhaul. That means AT&T customers are able to enjoy a widespread, ultra-fast and consistent 4G experience on their compatible device as they move in and out of LTE areas. With other carriers, when you travel outside of their LTE coverage area, you may be on a much slower 3G network.

AT&T customers can find the Windows Phone 8X by HTC in AT&T retail stores and online in November. The HTC One X+ and HTC One VX will be available in the coming months. More information about AT&T’s smartphone lineup is available http://www.att.com/wireless.

“We are taking the HTC One™ X to a new level with the introduction of the new HTC One™ X+,” said Peter Chou, CEO of HTC Corporation. “Our customers will have super-fast browsing, an even better camera and more immersive entertainment with Beats Audio™.”

Performance, Endurance and Storage
Featuring a 1.7 GHz quad-core NVIDIA® Tegra® 3 AP37 processor and 64GB of internal storage, the HTC One™ X+ LTE version is up to 67% faster than the HTC One™ X LTE, making the HTC One™ X+ the best rated Android phone on the market. Developed to be lightning fast, the HTC One™ X+ enables quicker web browsing, fluid gaming and graphic rendering, and speedy downloads, providing effortless usage on the go.

In addition to its increased performance speeds, the HTC One™ X+ introduces extended performance with the inclusion of a 2100 mAh battery, giving you up to 50% (6 hours) more talk time, and longer to browse the web and enjoy your favorite music and videosii .

Imaging, Music and Movies
Combining the amazing camera capabilities of its predecessoriii with a series of intelligent features, powered by Sense™ 4+, the HTC One™ X+ has been designed to deliver the most premium mobile experience. The newly launched Self Portrait mode on the front camera helps you capture high quality photos by intuitively detecting the human face at various angles and applying subtle enhancements to skin and eyes. Sightseeing mode makes sure you’ll always be ready to capture the moment – one touch of the power button bypasses the lock screen and launches directly into the camera. Two new views in Gallery display images and videos and group them according to where and when they were taken.

Exclusively available on HTC smartphones, Beats Audio™ provides authentic, studio-quality sound that delivers the most immersive sound experience with an enhanced audio profile, crisper vocals and detailed high notes for your music, games, movies and videos. Making it easier to listen to music out loud, and through Sense™ 4+, the HTC One™ X+ introduces a new Tap and Go function, which allows you to connect the phone and your music to Beats speakers’ when you tap them. To disconnect, it is just another quick tap.

Spectacular Sound with Beats Audio™
Exclusively available on HTC smartphones, Beats Audio™ provides authentic, studio-quality sound that delivers the spirit of the original recording. The Windows Phone 8X by HTC featuring Beats Audio™ also offers a unique audio amplifier powering the 3.5mm audio jack and the speaker, boosting the audio signal for even better sound no matter if you’re listening to music, playing a game or watching a video.

Providing exclusive access to thousands of movies through HTC Watch 2.0, the HTC One™ X+ will appeal to both the avid film fan and the casual movie-goer. Combined with the introduction of video hub, another benefit of Sense™ 4+, for the first time you will be able to put all your video entertainment in a single place.

Easy Set Up
A new feature in the HTC One™ X+ is HTC Get Started, a new web service that guides the user painlessly through the set-up and personalisation process from a desktop web browser. Designed to enhance the experience of setting up a phone for the first time, this feature ensures that users will get the most out of their new phone from the beginning. With the touch of a button, users’ phone will reflect the settings and apps that were chosen on the Web. Visit start.htc.com for more details.

About HTC
Founded in 1997, HTC Corp. (HTC) is the creator of many award-winning mobile devices and industry firsts. By putting people at the center of everything it does, HTC pushes the boundaries of design and technology to create innovative and personal experiences for consumers around the globe. HTC’s portfolio includes smartphones and tablets powered by HTC Sense®, a multilayered graphical user interface that vastly improves user experience. HTC is listed on the Taiwan Stock Exchange (TWSE: 2498). For more information, please www.htc.com.