As is customary in Q & A session weeks, we have the answers to help take us into the weekend. The questions were great as always, including the one about fingernails. The focus from many of you, is clearly on the incredible lineup of phones that is about to become available on Verizon. You have some tough choices ahead if you are in the market for a new phone. Let’s talk about them.

1. With all the phones that are coming out now, which phone on Verizon is the most appealing? Which device is most worthy of being someone’s daily driver?

K:  The 5″ HTC phone is the one that everyone should be waiting for. We may not see another Nexus on Verizon again, so if you want to stick with Big Red, you are going to have to consider a skinned phone. The Galaxy Note 2 will also be a great choice if you passed on the Galaxy S3, however, the HTC phone could be something special.

T:  If it were me, I would probably wait for the DROID RAZR HD MAXX. It might become the best device for everything an Android lover would want. Great specs, great battery, and awesome hardware.

E:  I got some hands on time with the RAZR M the other day and I absolutely love that device. It feels perfectly sized in my hands and built out of some quality material. It’s pretty snappy too. I do have a love affair with HTC’s One series so I want to wait and see what this Droid Incredible X is all about before I go looking for a new device.

2. So, if you could/had to, what carrier would you switch to from Verizon?

K:  I keep a second line on AT&T already, so I’d probably just move over to them permanently if I had to. While their service is spotty in every city I travel, I like having the option to slap my SIM into an unlocked phone of any type and having it work. Their LTE is also rolling out quite fast these days.

T:  I would switch to AT&T. In comparison to T-Mobile and Sprint, in my area AT&T has the better coverage and has their 4G LTE.

E:  I’d probably switch to T-Mobile if I had to. I could use unlocked phones and still have pretty decent HSPA+ coverage. They just re-announced an unlimited plan that’s only 80 bucks a month too, so it’s pretty enticing for cheap college kids like myself.

3. How come none of us care about LG? Even with the Optimus G with the best specs of any phone ever, I don’t want it, why?

K:  I blame the Chocolate, eNV, and Voyager for ruining everyone’s opinion of LG. The Optimus G will be a hit globally, just probably not in the States. I do like LG’s new focus on creating innovative software features though, rather that caring only about specs.

R:  Because their software looks like a bad copy of TouchWiz and hardware matters less than it did two years ago.

T:  LG has put out a few devices in the past that have basically marked them as a poor device manufacturer. The build quality was cheap, software was awful, and I think that stigma just sort of sticks with buyers. The Optimus G does have some great specs, but is it enough to bring LG back from the metaphorical “dead?” Time will tell.

E:  Because their history of devices has been horrible (Lucid, Spectrum, Intuition) they need to change our minds before we can care about their phones.

4. How does Windows 8 Phone look to you lately? Is it great for innovation, and do you see it as a viable competitor in the smartphone wars?

E:  I would love to get my hands on the HTC 8X and see how it feels. I think WP8 has a lot going for it in style and sophistication but a lot of Android users are here because of the flexibility we have on our phones. Apple and Windows seem to be running under the mantra that “mobile users don’t know what they want” so iOS and WP8 feed it to them, we’ll see down the road if people think that’s true.

K:  I’ll be picking up a Lumia 920 in some form, either via review unit or buying one myself. I really like Windows Phone and am dying to see what Windows Phone 8 is like. Plus, the specs and feature-set that Nokia included in this phone are as good as any Android phone. Always good to know your competition.

R:  All they’ve shown us so far is the new Start screen. If it has better notifications, better multitasking, and better apps then I think it will fair better.

5. How long do you think it will be before we see something from Motorola that will really make us say, “That’s very Google” or “Google Inspired and Designed”?

K:  Next year. I’m actually really excited to see what Motorola does in 2013. The RAZR HD was the last of Sanjay Jha’s phones, so we could see something completely new next time around. In fact, they have a special design and innovation team now that’s sole goal, is to create something the world has never seen. It should be fun.

R:  When it has ads on the lock screen. We haven’t really seen Google-only design in anything except the Nexus Q. If they make a phone that has that design language I’ll buy it now.

E:  I’m still under the assumption that there will be at least 5 Nexus phones this fall, and I think one of them is going to be a Motorola device. What I’m really crossing my fingers for is a revival of the OG Droid but as a Nexus. I think Google would love having that diversity in their Nexus line up. 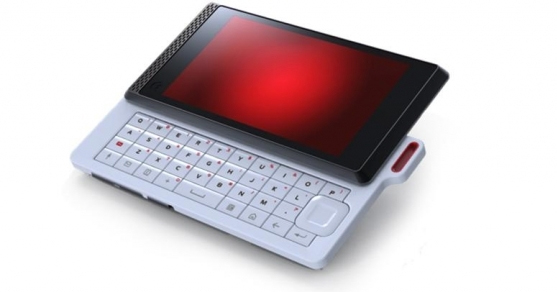 R:  A lot in Android can still be simplified and improved. I’m hoping the design language stays the same. Maybe add full cards for multitasking.

E:  More User Interface polish. Jelly Bean is already sexy as all get out, but I think Google has more up their sleeve.

T:  Well, if anything I would hope to see more performance increases and possibly a better camera experience. More focus on homescreens and the notification area, along with many more improvements to the Google Play store.

K:  Google Now will take over your life. Google has clearly realized that this service has endless possibilities. Google already wants you to sign into all of their services, so if they can make Google Now pull from them all, they essentially get you to continue to use them all.

7. Besides being pure Google, is the Galaxy Nexus still a good buy?

K:  It’s still my favorite phone to date. I’ve handled just about every new Android phone that has dropped in the last year, but when I get done reviewing them, I usually can’t wait to get back onto my Galaxy Nexus. Bad camera and all, the form factor to me is perfect. Nothing feels as good in hand as the G-Nex.

T:  The device is almost a year old and with that, you’re going to have a few devices coming out later this year that will basically put it to bed. If you want to root and do all of the tinkering, then go for it. If you want a reliable device that will work when you need it to, then I would probably pass based on the fact that the Galaxy SIII has great battery life and is pretty dependable.

E:  I would only suggest it to someone who wouldn’t be afraid of unlocking it and hacking away. Stock it’s an OK phone but if you unlock it you can make up for many of the flaws that it still has.

R:  As long as you don’t use your phone to take pictures, yes.

8. Hands down, best/worst reviewed Android phones and tablets ever that you have used?

K:  The DROID Charge was absolutely the worst phone I’ve reviewed in some time. When people get the impression that Samsung makes “cheap” products, it’s because of phones like that.  Worst tablet has got to be that 3D disaster that LG released on T-Mobile in 2011. It was so cheap and gimmicky, that you needed to wear red and blue 1985 glasses to see 3D content on it. I think 4 people bought it.

R:  The original 10 inch Galaxy Tab was pretty bad. Worst phone was probably the Eris (though I love that form factor).

E:  Best reviewed would be the HTC One X. My friend had the unfortunate luck of getting a bottom-dollar 7″ Android 2.3 tablet from his mother. I think the company was “American”? Or something of that sort. It was god-awful and I wanted to put the poor device out of it’s misery.

T:  The Photon Q. I despise that phone. Clunky body, crappy software, and an unusable camera. To me, worst device I have ever reviewed. 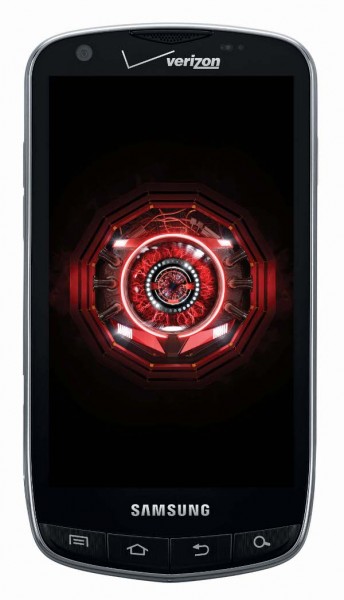 9. In a quick one-two liner, tell us why Android is better than iOS to you.

K:  iOS is beyond stale. Android continues to evolve and change the industry still to this day.

R:  Android has a better design language and has continually made major improvements while iOS has slowly iterated on itself without changing the design for 5 years.

10. Newton/RG3/Luck ranking after 3 years each in the league?

E:  I think Luck will have a better future going forward (all Indianapolis bias aside). RG3 will follow the same path as Newton, and if you saw the Panthers get stomped by the Giants last night you can see that teams can prepare for rushing QBs and gimmicky option offense. You can’t prepare for a QB who can sit in the pocket and pick your defense apart.

K:  Luck, Newton and then RG3. How many quarterbacks in history have been ultra-athletic and survived or became elite? I’d say very few, so the odds are in Luck’s favor as a traditional QB. Newton is a freak of nature though, so he could end up as one of the greats of all time, as painful as it is for me to admit that. RG3 will join Vince Young in a couple of years. Actually, he’s a wild card, but his whining after 2 games about cheap shots in the league isn’t giving off a good vibe.

T:  Is that a player in hockey or something?

*The rest of our Q & A sessions are all available at this link.