It’s official – Samsung’s Galaxy Note II has been announced at IFA. The device, which may remind you of the Galaxy SIII from a design point of view, packs some pretty nice specs. For starters, it features a 5.5″ HD Super AMOLED display at a resolution of 1280×720, runs Google’s Jelly Bean OS, and is powered by Samsung’s quad-core 1.6 GHz Exynos processor with 2GB of RAM. As a plus, it comes with HSPA+ and 4G LTE connectivity for compatibility with as many carriers as possible.

Along with the device itself, Samsung has re-done their S-Pen, giving it new life with redesigned software and features. Along its backside, the device houses an 8MP camera and a 1.9MP camera along the front for HD recording. Inside the device is a massive 3,100 mAh battery for long life.

Launch is set for sometime in October for most European, Asian, and Middle East markets. As for America, Samsung had this to say:

Samsung Mobile is planning a U.S. version of Galaxy Note II, which will be available later in 2012. Building on the success of the original Galaxy Note, we’re confident that the Galaxy Note II continues to redefine what consumers should expect from their smartphone and delivers a powerful, innovative and unique experience. Exact timing and retail channel availability is not being announced at this time, we will continue to share information as it becomes available. 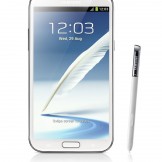 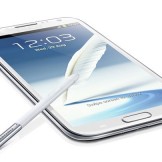