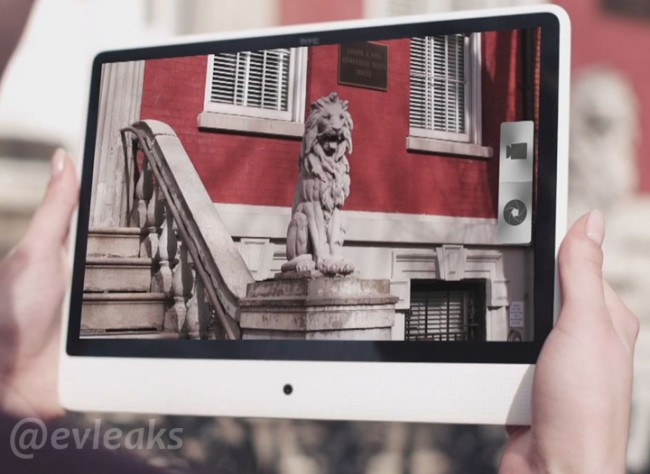 So HTC, to date, has struggled mightily in the tablet game. In fact, they basically took the last year or so off to re-think their strategy after producing some of the more disappointing big-screened Android devices ever (Flyer and Jetstream). That time away has apparently given them enough ideas and has led to the device in the 7 pictures that just leaked on Twitter and that we have featured in this post.

It’s a nameless tablet that appears to have a massive screen, giant chin bezel, front and back cameras (fixated on the bottom of the device), is incredibly thin, and runs a version of HTC’s Sense. It also looks like it will have a dock that turns the device into an iMac knock-off.

After cruising over these pictures a number of times, ?

What do you guys think? Cool, odd, or don’t care?