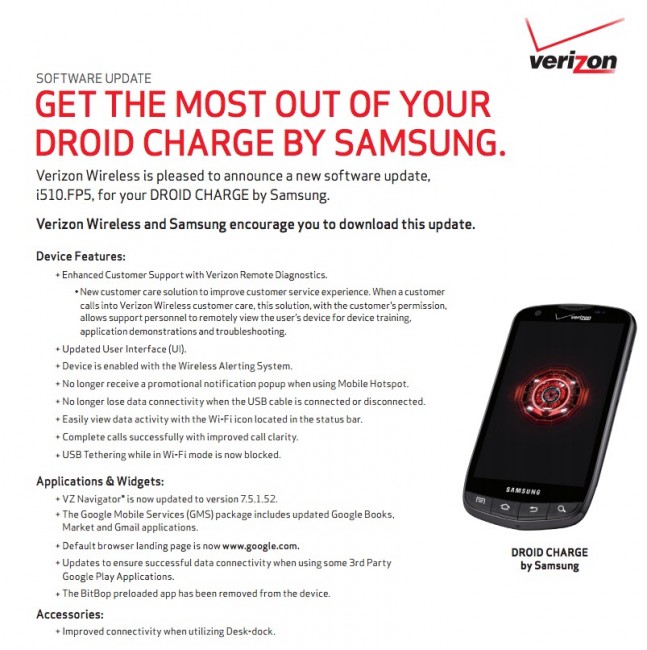 Just over a week ago, Verizon posted a support document, suggesting that a new update as build FP5 was ready for the DROID Charge. Shortly after posting, they pulled the document, replacing it with the previous FP1 update list. We aren’t sure if that meant that the update wasn’t ready or if some other issue arose. What we do know, is that the changelog looks massive, but it’s identical to the FP1 list. This should be nothing more than a bug fixer.

Charge owners, if you see an update, be sure to let us know.