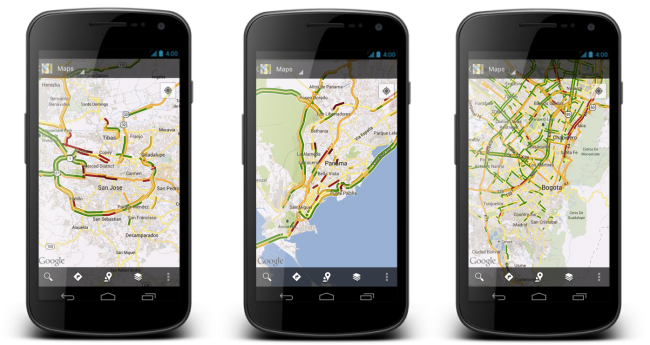 Google announced that it is to bring live and typical traffic support to roughly 130 smaller cities across America through Google Maps. In addition, they are also including even further support for areas in China, Brazil, Canada, and many other countries. Google didn’t post a list of every supported area, but did give this chart that shows traffic lights at every area that allows for the coverage. Thanks, Google.