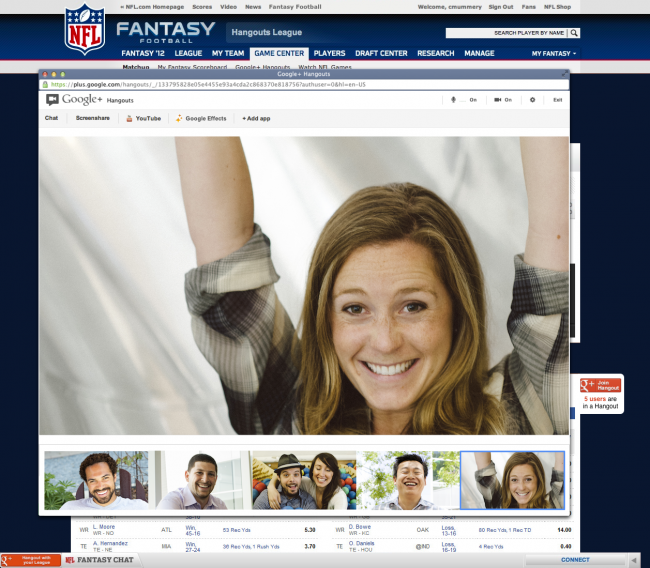 The time is almost here ladies and gentlemen. The return of the NFL season in the coming weeks also means that Fantasy Football season is starting as well. With Fantasy Football however, you are not always in the same room with the rest of your team owners during drafts or on Sundays, so Google+ and the NFL itself have gotten together to bring the love to everyone in your league, no matter where you are.

NFL.com has added hangout buttons to most of their fantasy pages, including the draft and game centers, so you can be with your friends even when they aren’t in the room. Google also said they are cranking up the maximum number of hangout viewers from 10 to 12 since most leagues go up to 12 users. This is a great use of Hangouts which are one of Google+’s biggest selling points.

Do you use NFL for your fantasy league? And if so are you going to be using this feature to celebrate your victories over your friends?