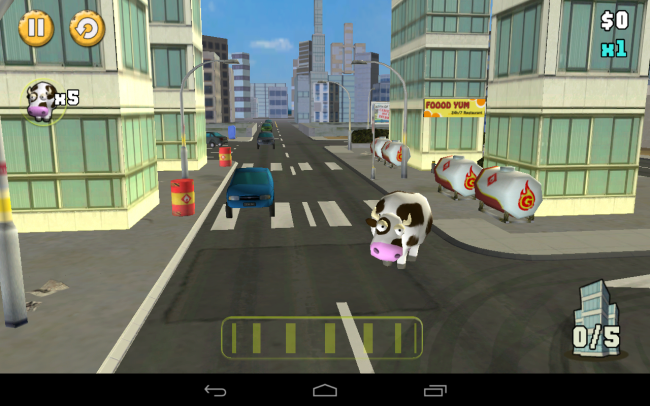 We have reported on Demolition Inc. a few times before, but the application has now dropped to $1.99 in the Play Store and we wanted to make sure everyone got in on the fun. You are placed in the alien spaceship of a blue-collar destruction worker named Mike and sign several contracts to level blocks of cities using whatever tools you can find. Each level provides you with different modes of destruction: oil slicks that cause cars to spin out, sticky glue that causes them to make sudden turns, and even exploding cows that look quite innocent until you run into them.

As the game progresses, you unlock more tools of destruction and new cities to use your skills on. The coolest part about the game is that all of the destruction is done in real time, making each level different in how it’s finished. There is a normal version, but also a Tegra 3 optimized version that both cost $1.99 respectively. If you are looking to blow off a little steam during the day, check this game out.