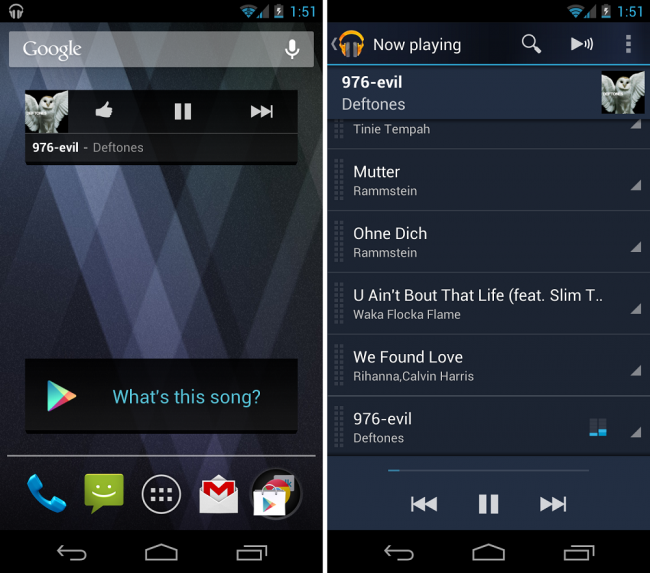 Google Play Music received an update just moments ago and it brings quite a few new features to the table. Users now have the ability to reorder and queue up other tracks in a Now Playing playlist, larger album art under the recent section, new UI on the action bar, and lots of other goodies. Here is the full changelog:

Go grab the update and start rocking out.