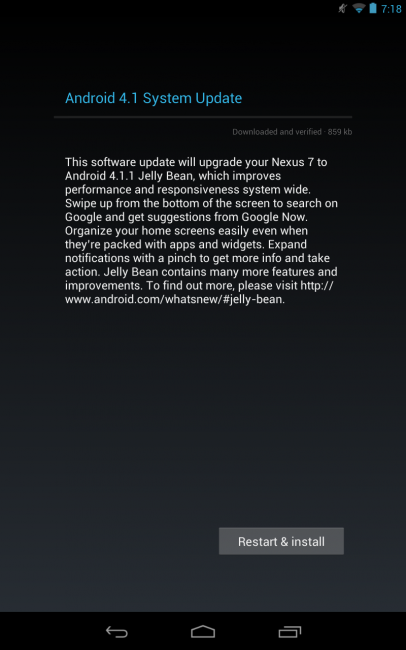 The Nexus 7 has an update rolling out to it tonight as build JRO03D. It’s still Android 4.1.1 and is tiny enough (859KB), that we aren’t even sure what it changes. The Galaxy Nexus received JRO03C last week, so if anything, it’s a slightly newer build. It doesn’t appear to be a dumbed down Search as I was able to search for contacts and apps from within. If we find out what was changed, we’ll be sure to let you know.

In the mean time, jump into Settings>About tablet>System updates to pull it.