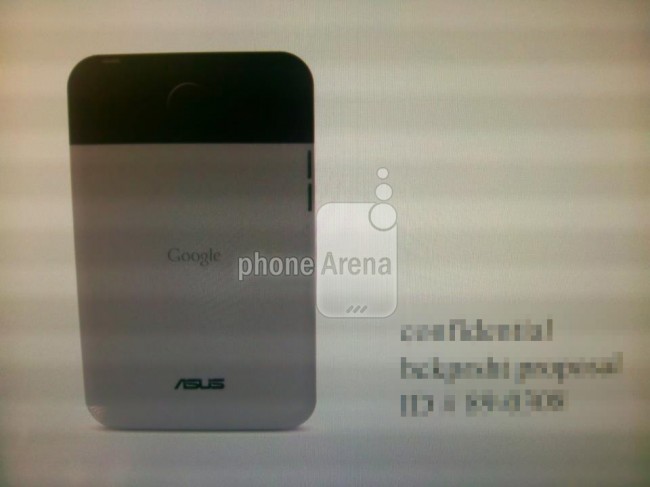 Is this the Nexus tablet that we will see at Google I/O this year? The 7″ tablet is said to have a Tegra 3 quad-core chip inside and will sell for reportedly under $250. The folks over at Phone Arena have come across some alleged press image drafts of the front and back of the unannounced tablet and a few rumors to whet our appetite until launch.

The tablet will have an all-white front with a two-toned grey and black back piece. What looks even more interesting is the earpiece cut-out on the front of the tablet. The tipster to Phone Arena says that this tablet will launch with Android 4.1, which we have already heard is going to be named Jelly Bean. The way things are going, Android 4.1 is sounding like a feature-packed upgrade that isn’t a complete overhaul, similar to the jump from Android 2.0 to 2.1. Rumors are starting to get bigger and juicer. Do you like the styling in these images?