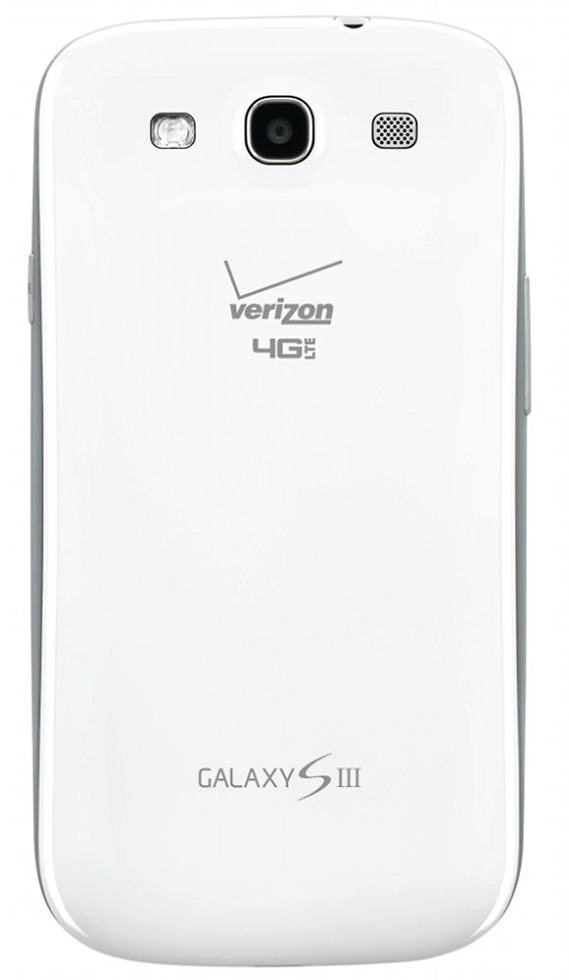 Last night Samsung spread word that the 5 biggest U.S. carriers would all carry the Galaxy SIII, some of then starting as early as June. This morning, Verizon confirmed theirs, by announcing a pre-order for June 6 at 7AM EST. An actual launch date has not been given, but we have heard rumors of a June 20th (or around there) targeted date. Pricing is $199 for the 16GB version and $249 for the 32GB version.

As you can see from the pictures, it has the physical button, only Verizon branding on the back, and is essentially the same device that was announced a few weeks back aside from the some internal spec tweaks. We’ll get the 1.5GHz dual-core Snapdragon S4 processor, 4G LTE, 2GB of RAM, expandable storage, 8MP camera, two color options (blue or white), and Ice Cream Sandwich. 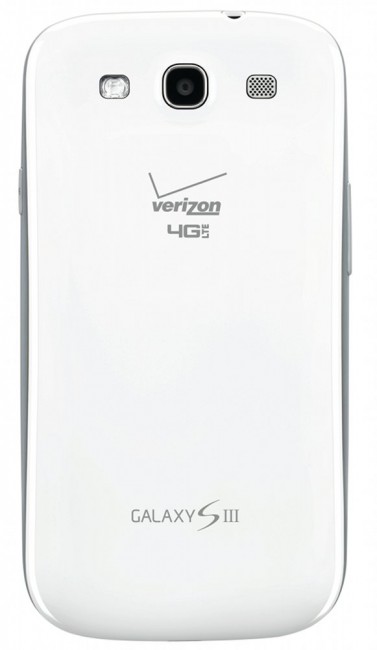 Here is Verizon’s landing page for the devive which we found last night.

Galaxy S III customers can use Share Shot to create their own temporary photo sharing network with a group of friends who are nearby at the same party or event. Photos can be taken by any member of the group and shared with the entire group. One touch sharing with S Beam allows friends to share pictures, videos, documents and more by simply touching two Galaxy S III devices’ backs together. Galaxy S III customers can take advantage of 4G LTE to share live video broadcasts of life’s special moments with their Facebook® friends using the Color app. As an exclusive feature for Verizon Wireless, customers can live broadcast video with audio when using Color.

The Galaxy S III has a 4.8-inch HD Super AMOLED™ display and runs Android™ 4.0 Ice Cream Sandwich. Watch a video while texting friends or surfing the Web at 4G LTE speeds with Pop Up Play. Videos can be played in a small window while customers use the rest of the display to complete other tasks such as typing emails, organizing calendars and updating their social networks. Multi-tasking is seamless with the 1.5 GHz dual-core processor and 2 GB RAM paired with the Verizon Wireless 4G LTE network. Customers can also interact with the Galaxy S III in simple and fun ways thanks to Motion Gesture. With Motion Gesture, customers can initiate a phone call from a text message by simply raising the phone to their head, or they can pause a video by covering the display with their hand, and even get to the top of an email message and contact list.

Samsung, Galaxy S, AllShare, S Voice, Samsung Smart TV and Super AMOLED are all trademarks of Samsung Electronics Co., Ltd.  Other company names, product names and marks mentioned herein are the property of their respective owners and may be trademarks or registered trademarks. 4G used in connection with the Samsung Galaxy S III refers to the fact that the device is capable of operating on Verizon Wireless’ 4G LTE network.