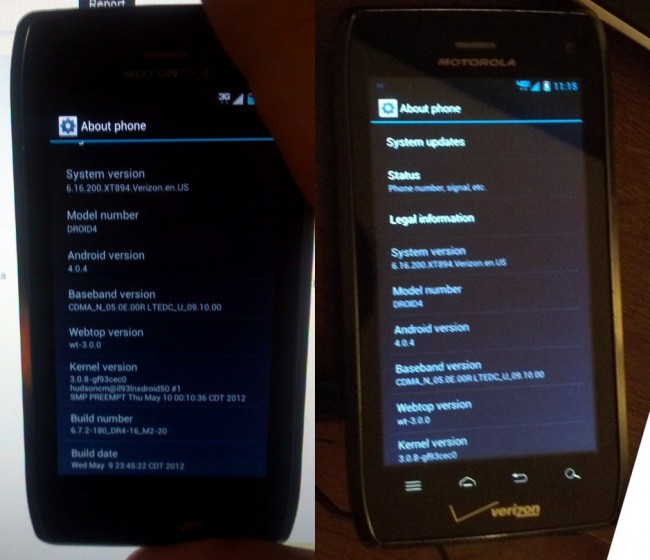 Were you worried after purchasing your DROID 4 that it may not see an Ice Cream Sandwich update for some time? You were not alone, however, today’s finding of an official Android 4.0.4 build for the device is great news. Pulled via “Cheesecake,” this comes straight from Motorola and is more than likely the newest test build available. Actually, this is the first ICS test build for the phone, but this at least lets us know that Moto is hard at work on getting the latest version of Android to the D4.

If you would like to upgrade to this on your DROID 4, you can, but know that this will likely take you off of the upgrade path and could leave you on it permanently. As many of you know, Motorola phones and leaked test builds don’t always play nice with previously leaked fastboot files. Trying to return to Gingerbread could result in a bricked phone. Voodoo RootKeeper is also reportedly not keeping root. Proceed with caution.

On a related note, we should point out that the DROID Bionic is now the last major Moto phone without a leaked official ICS build. We were told that it will receive it at some point, but with RAZR and D4 builds in the wild, I think it’s safe to say that the Bionic will not be first.