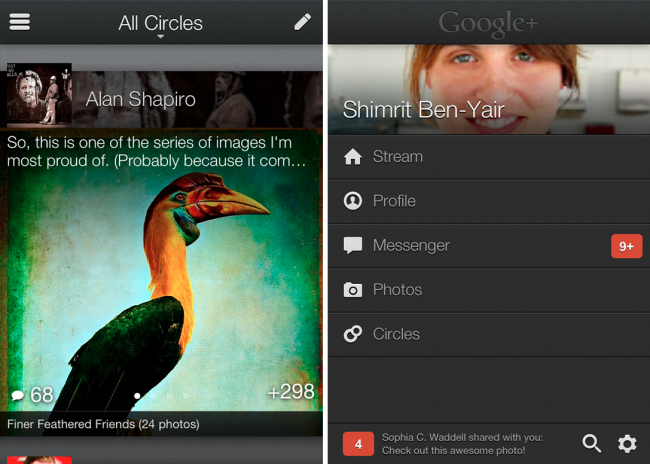 Google+ for iOS users received a major overhaul today, but poor Android users won’t see the newest version for at least a few more weeks. With the new update, users will see a completely redone user experience and Google’s goal is to basically simplify and beautify Google+. They released a statement that sums it up best:

To be clear, we’re not interested in a mobile or social experience that’s just smaller. We’re embracing the sensor-rich smartphone (with its touchable screen and high-density display), and transforming Google+ into something more intimate, and more expressive.

Well, Android users are going to have to be patient and wait for their turn. Most likely realizing that this is a lot to ask of an Android owner, Google says there will be a few “extra surprises” in the Android version. Thanks, Google.