Back in December, Samsung released a video for everyone to have a glimpse at their futuristic technology. The video featured a bendable/flexible display attached to a device that took the place of your phone and tablet. We may not see that exact technology for some time, but what Samsung does have in the making is their new Youm technology which is lighter and practically unbreakable according to Sammy. 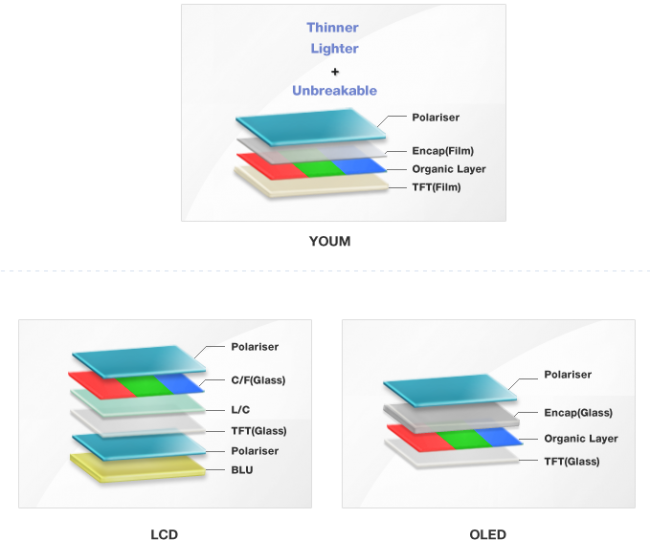 In a recent report, devices with Youm displays could start shipping as early as 2013, so there is much to look forward to. Could you imagine being able to drop your device with no worries of cracking and shattering your display? Sounds like paradise.