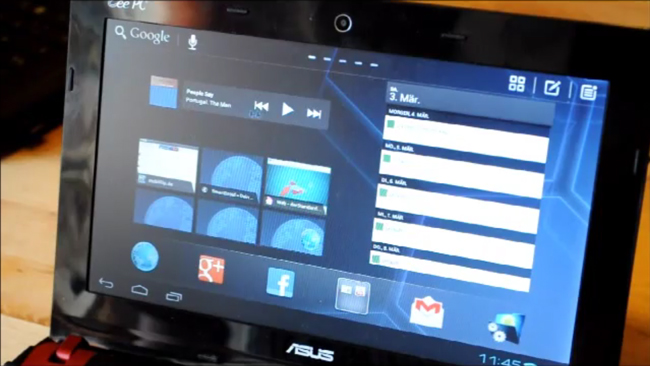 The Android-x86 project has been around for a while, trying to get our favorite operating system ported over to even more machines around the world, namely desktops and laptops. This is a product of that drive to rule everything; Ice Cream Sandwich running on an ASUS EeePC. The ASUS X101Ch has had Android 4.0.3 shoehorned into its shell and it doesn’t seem to be all that bad.

This is in no way endorsed by ASUS but seeing as how the company has had success with their Transformer and Transformer Prime it’s not surprising to see this port happen. Like every port this early-on, it could use some spit and shine but a large amount of the ROM seems to be working and even features some tweaks to make it useable for netbooks rather than touchscreen. If you’ve got one of these netbooks lying around and feel like some hackery, hit the source link below.