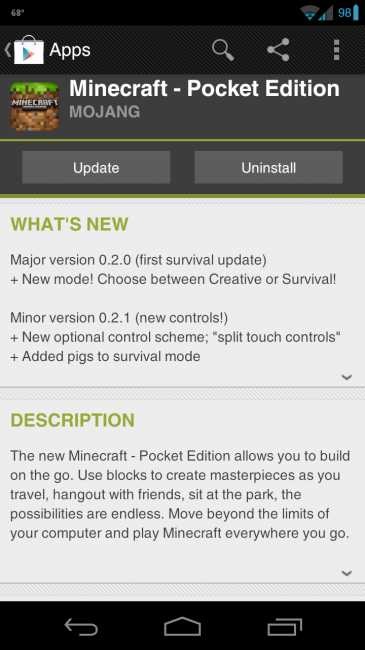 There are not a lot of games out there that can claim the lives of so many people other than Minecraft. The mobile edition of the game has been fantastic since its release and has seen tons of good updates to keep us coming back. After releasing a survival mode, where you must build to survive everything in the world that’s trying to kill you, another update awaits in the Play Store today that brings a few changes.

First thing changed is a new mob added to survival mode. The friendly pig will be staring at you as you are going around punching trees and digging up dirt. Another control change allows you to “split touch controls” in case you had trouble controlling your character before. Overall a pretty good update, it’s good to see a game getting such attention.