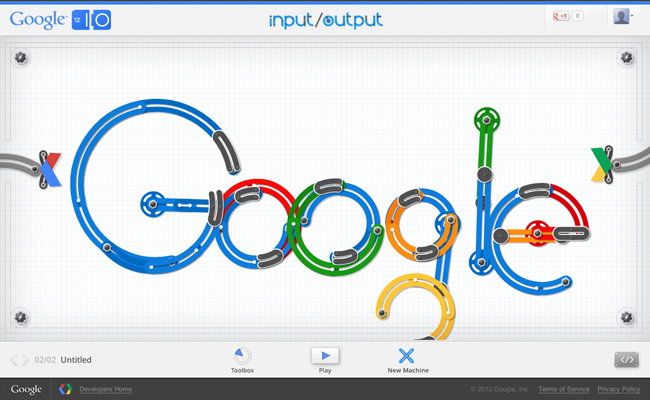 Back when Google I/O 2012 was first announced, there was mention that developers and coders would have an easier route to getting in to the event than everyone else. Input/Output seems to be what they were hinting at. They are encouraging you to “dust off your protractor , and architect a machine only you could have dreamt of. Join developers tackling our latest Chrome Experiment for a chance to have your machine featured at Google I/O.”

It would be a little unfair to have your device featured and the creator not be there for the unveiling. In the meantime, Input/Output offers a fun little web-based machine builder where you have to get the ball from one side of the screen to the other without touching the sides. It’s extremely addictive and fun and why not try if you can get the chance for a ticket to I/O this year?